Do you dislike the brightness of the white background in the Reddit app? Or did you see someone else using the Reddit app whose background was black, and you would like to be able to set up your own Reddit app to look like that? Fortunately this can be achieved by switching the Theme setting for the app.

Our guide below will show you where to find this setting and change it. You will be able to choose the Night Theme, which makes the Reddit app background black, and makes the text white. This is the setting that I use on my iPhone, and I have found that I prefer it to the default settings. There are also some other themes that you can choose from if the default or night options aren’t working out for you.

The steps in this guide were performed on an iPhone 7 Plus in iOS 10.3.2. The version of the Reddit app being used is the most current version available at the time this article was written. The result of completing this tutorial will be a switch to theme of the Reddit app, where the default white background becomes black, and the text color is switched to white. 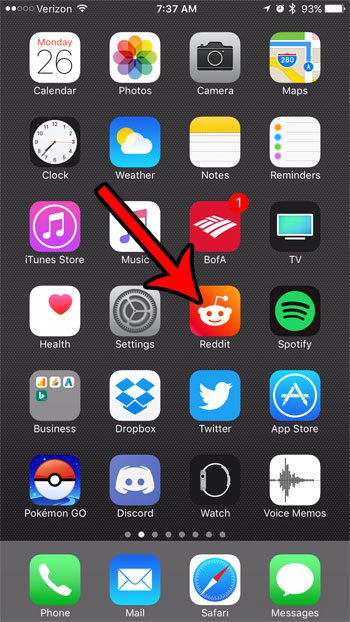 Step 2: Touch the User tab at the bottom of the screen.

Step 3: Tap the Settings icon at the top-right of the screen. It’s the icon that looks like a gear. 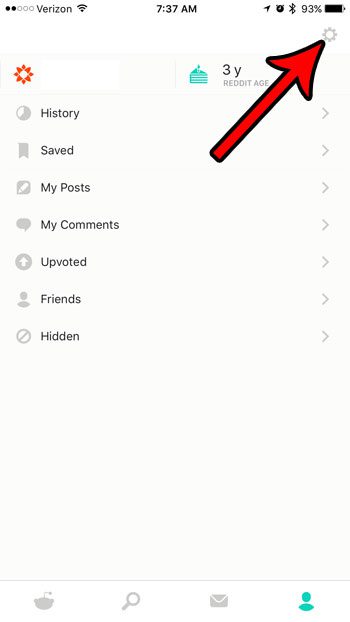 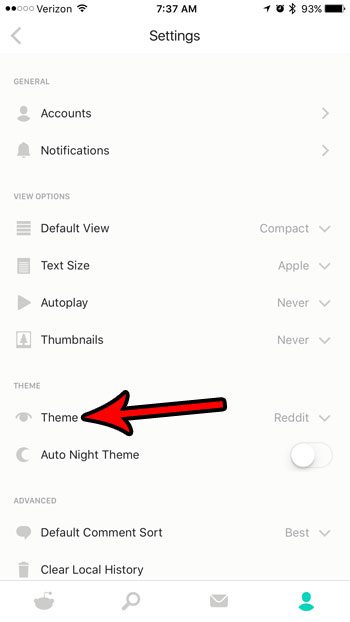 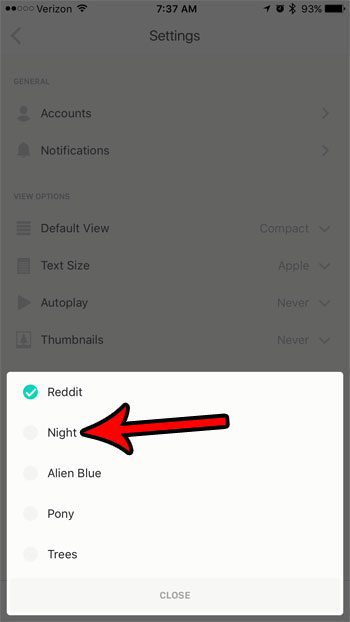 Many of the settings that you may not like, or would like to modify, can be adjusted through the Settings menu of the Reddit app. For example, you can turn off Autoplay if you would like to stop videos from playing automatically in the app.