The Apple Watch has a speaker on it, although you might not hear sounds coming from the watch itself very often.  But one way that you can hear sounds is by enabling a feature called VoiceOver. This setting is found on the Accessibility menu of the watch, and causes the device to speak the contents of the screen.

The article below will show you how to find and enable the VoiceOver setting on your Apple Watch if this is functionality that you wish to use.

How to Get Your Apple Watch to Speak Screen Contents

The steps in this guide were performed on an Apple Watch 2 in Watch OS 3.2. Once you have completed these steps to enable the VoiceOver feature, your watch is going to speak everything on the screen. Note that this can be rather loud, so make sure you are in an environment where it won’t be a problem. The first time I ever turned on the VoiceOver feature it took me a few seconds to turn it back off, and anyone within earshot of you will be able to hear the audio that your watch is speaking.

Step 1: Open the Settings app on the watch. You can get to the app screen by pressing the crown button on the side of the watch. 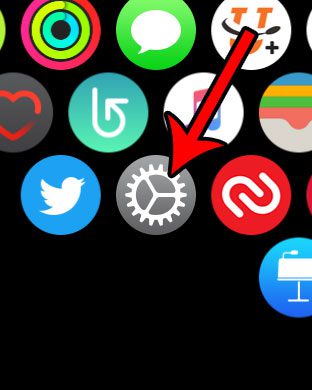 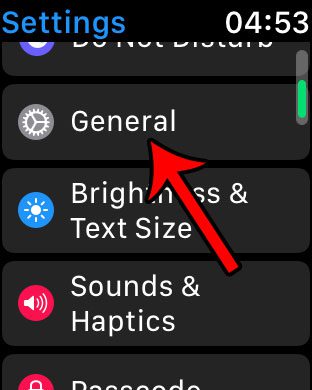 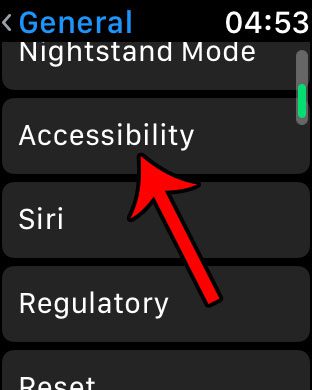 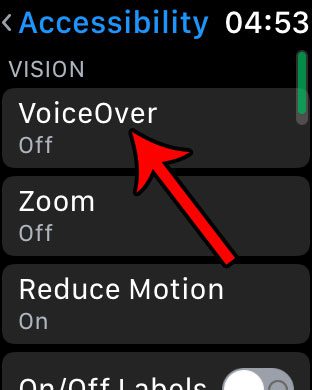 Step 5: Tap the button to the right of VoiceOver to turn it on. You can turn VoiceOver off by pressing that button again. 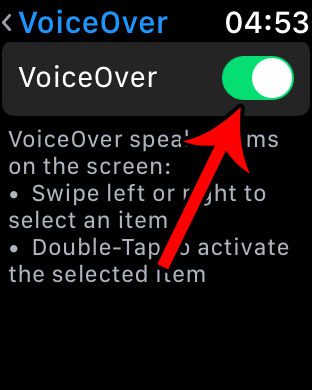