Social media platforms like Facebook and Twitter have useful apps on the iPhone 5 that integrate well with many of the features on the device. But if you mainly use Twitter as a source of news and entertainment, and less as a means of communication, then many of the notifications that you receive from the Twitter app might be annoying or distracting.

Luckily you can control the notifications for the apps on your iPhone 5, and you can completely turn them off for the Twitter app. This process can be completed in just a few simple steps, so find out how by following our tutorial below.

These steps were performed on an iPhone 5, using iOS 8. Earlier versions of iOS may have slightly different steps.

This tutorial will completely disable all types of notifications for the Twitter app on your iPhone 5. 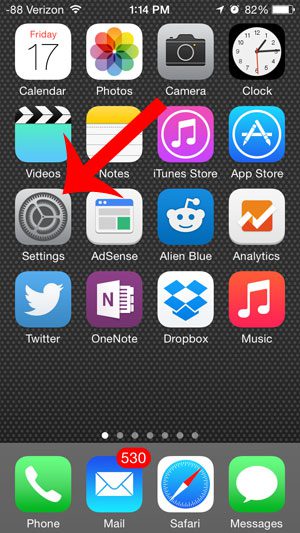 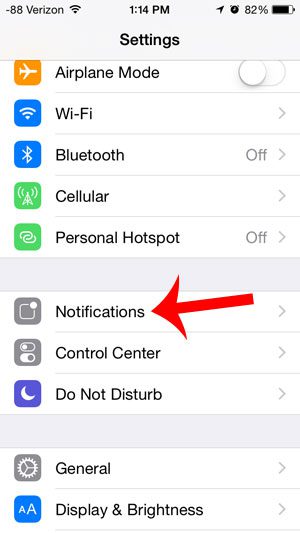 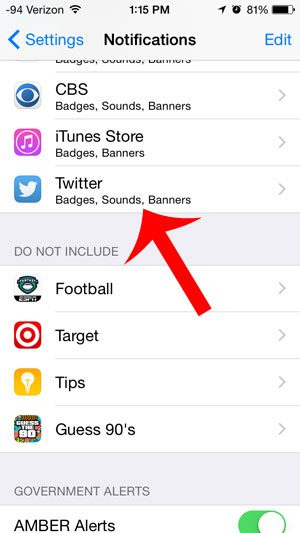 Step 4: Touch the button to the right of Allow Notifications. You will know that Twitter notifications are turned off when there is not any green shading around the button and the rest of the notification options have disappeared, as in the image below. 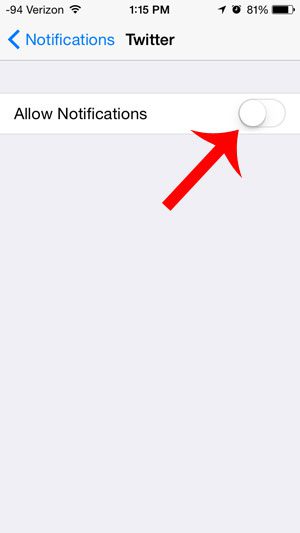 Do you use Facebook a lot on your iPhone, and you are having problems because it is consuming a lot of your data? Learn how to restrict the Facebook app to Wi-Fi so that it is not using any of your cellular data.