Tweets that appear in your Twitter feed often include links to other Web pages or assorted types of media. The iPhone’s Twitter app can show previews of these included objects, allowing you to see something before you decide to click it. This is very helpful for images, as you can often view the image without ever leaving Twitter.

But if you find that you have to do too much scrolling when you are using Twitter on your iPhone, or that the tweets in your feed are taking too long to load, then you might decide to turn off the image previews to improve your experience. Fortunately this is an adjustable setting in the iPhone Twitter app. Our tutorial below will show you how to turn off the image previews.

The steps in this article were written using an iPhone 6 Plus, in iOS 8. The version of the Twitter app was the most current version available at the time this article was written.

Note that the image previews will be replaced with a link to the picture instead. You can tap the link to view the image.

Step 2: Select the Me option at the bottom of the screen.

Step 3: Tap the gear icon at the center of the window. 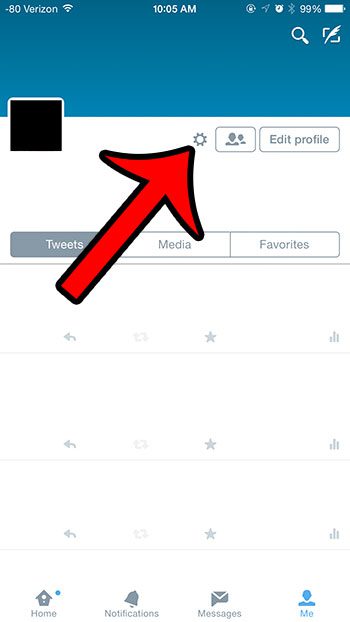 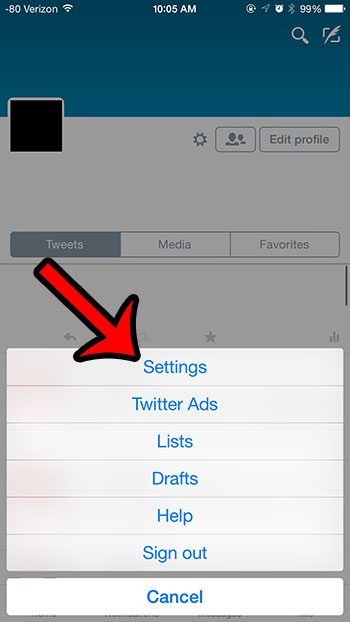 Step 5: Tap the button to the right of Image previews, then tap the Done button at the top-right corner of the screen. 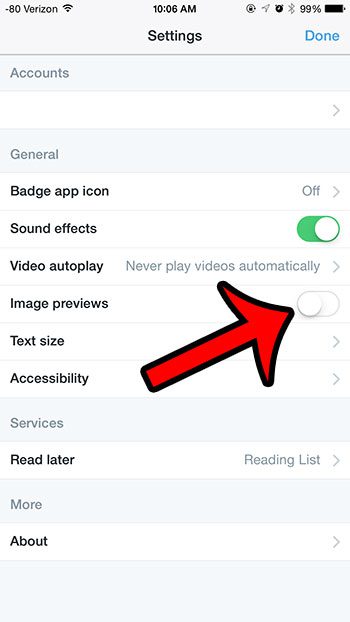 There are many other settings on this screen that can be adjusted to improve your experience with the iPhone Twitter app. For example, you can adjust the way that Twitter handles video in your feed. This can be a great way to save some additional mobile data if you find that Twitter is using a lot of it.