Tweets that appear in your Twitter feed can contain assorted types of media, such as pictures and videos. You can typically view a picture or video by tapping the icon for that media when you wish to view it.

However, you may have noticed videos in your feed might be playing automatically as soon as they are visible on the screen. If you wish to hear the audio associated with the video, then you can tap the icon. But if you find the video autoplay functionality to be distracting or unwanted, or if you are worried about additional data consumption, then you have the option of disabling this feature. The steps in our tutorial will show you where to find this setting so tht you can customize it to suit your preferences.

Stop Videos from Autoplaying in Twitter on the iPhone

The steps in this article were written using an iPhone 6 Plus, in iOS 8.1.3. The version of the Twitter app being used was the most current version available when this article was written.

Step 2: Select the Me option at the bottom of the screen.

Step 3: Tap the Settings icon at the middle of the screen. 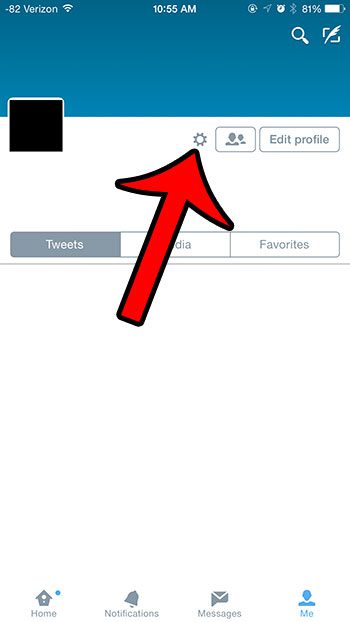 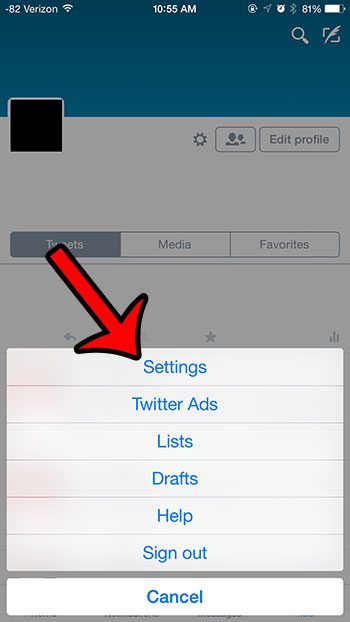 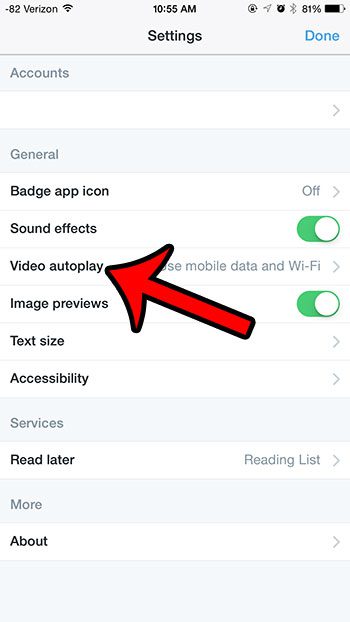 Step 6: Select the Never play videos automatically option. Note that you also have the option of selecting to play videos on mobile and Wi-Fi, or Wi-Fi only. 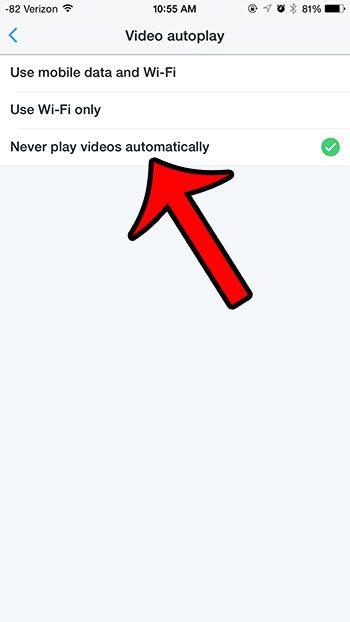 If you rarely use the Twitter app on your iPhone and you are running out of storage space for other apps and files, then you may wish to simply remove the app from your device. This guide will show you how to delete the Twitter app.

Is there an app on your iPhone that you do not want using cellular data? This article will show you how to restrict the app so that it can only access the Internet when connected to a Wi-Fi menu.