Following people on Twitter allows you to generate a timeline of tweets that pertain to your interests. The timeline can be sculpted to your preferences by following and unfollowing people as you see fit. But occasionally a situation may come up where you do not want to see tweets from a particular account, but you do not wish to unfollow them. In my experience, this is most often when someone decides to “live tweet” something, or if there is a big event that is directly related to the account. These situations can result in a very large number of tweets from one person, which can clog your Twitter feed and make it difficult to read tweets from other people.

Fortunately Twitter’s “Mute” feature is perfect for situations like this. You can use it to simply remove tweets from that account from your timeline for a brief period of time, then return later and unmute them. Our guide below will show you how to go about muting someone in the Twitter app on your iPhone.

The steps in this article were performed on an iPhone 6 Plus, in iOS 8.4. The version of Twitter being used was the most recent version available when this article was written.

Note that this is the official Twitter app. If you are using a different app for Twitter, then the steps may be different. 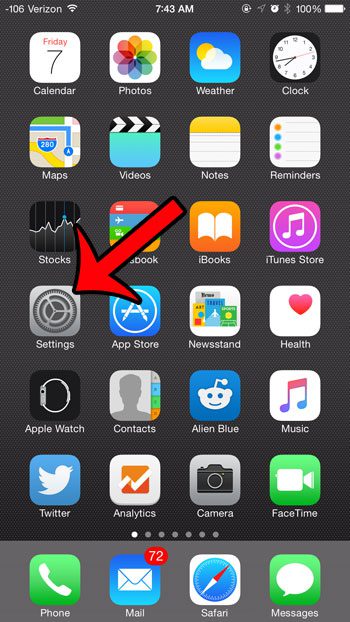 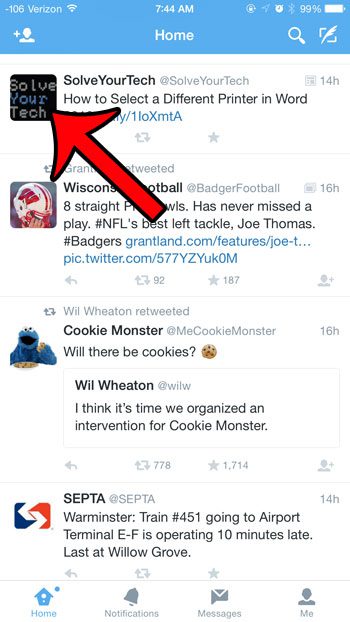 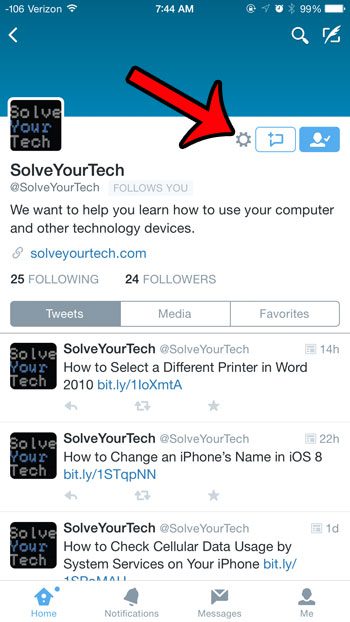 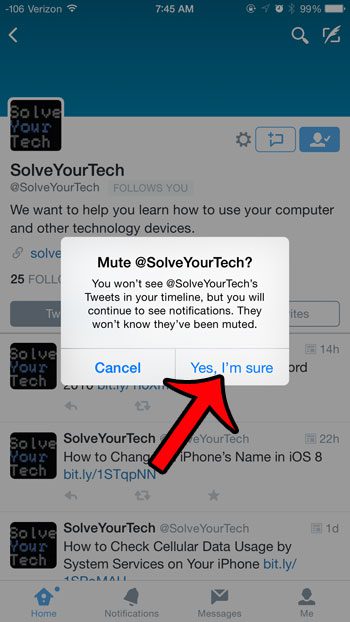 As noted on the previous screen, you will no longer see tweets from the person that you muted, but you will still see notifications. The person that has been muted will not know that you have done so. If you decide to unmute the account, then you can return to the same menu in Step 4 and select the Unmute option.

Your Twitter app can use GPS if you decide that you want to include your location in a tweet. If you would prefer that twitter not have access to GPS, then this article will show you how to disable it.