Managing cellular data usage is an important skill for anyone that has a monthly cellular plan with a limited amount of data. This is especially true if you have ever had to pay the overage charges associated with excessive data usage, as they can add up pretty quickly.

If you feel like you have a good handle on your cellular data usage but are still consuming more than you think you should be, then it’s possible that the culprit are your app updates. Android apps need to be updated from time to time, and it’s possible that those updates are occurring automatically. If it’s also happening over a cellular network instead of a Wi-Fi network, then the data usage from that behavior could be considerable. Our tutorial below will show you how to change that setting so that your automatic app updates only occur when you’re connected to Wi-Fi.

How to Only Update Apps Over Wi-Fi in Android Marshmallow

The steps in this article were performed on a Samsung Galaxy On5 using the Android Marshmallow operating system. This guides assumes that your phone is currently performing automatic app updates over a cellular network, and that you would like to modify that behavior so that it only updates apps when you are connected to Wi-Fi. 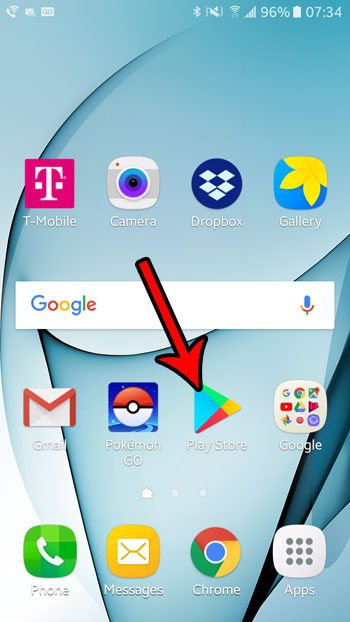 Step 2: Tap the menu icon at the left side of the search bar. It’s the button with three horizontal lines on it. 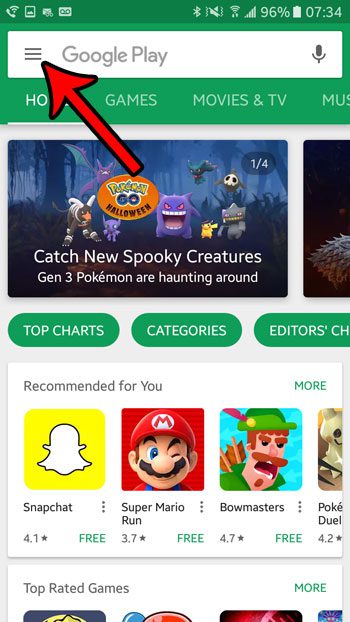 Step 3: Scroll down and select the Settings option in the menu at the left side of the screen. 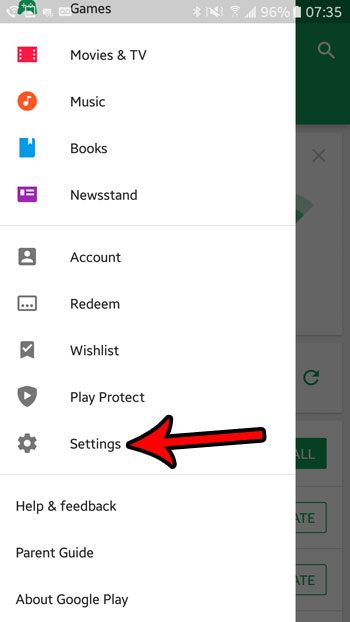 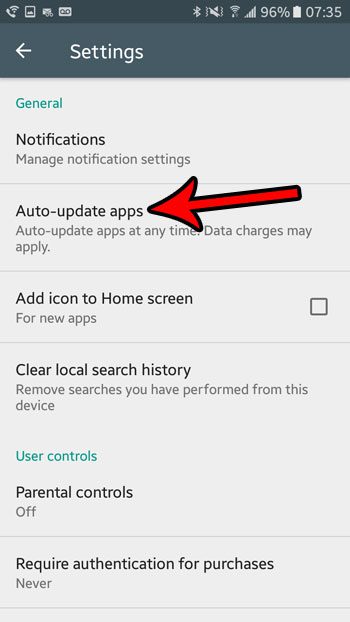 Step 5: Choose the Auto-update apps over Wi-Fi only option. 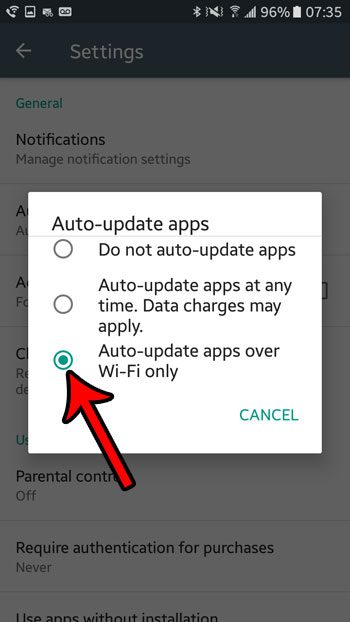 Note that you can also elect to stop auto-updating your apps entirely, and instead choose to update them manually. If you choose that option, this article can show you how to manually install an app update in Android Marshmallow.