App developers often need to release updates for the apps that they create. Whether it’s a popular game or a social media app, most apps either offer their users new features in their apps, or fix problems that users have been experiencing.

Some phone operating systems and settings will install these updates automatically, while other configurations require the phone’s owner to manually install the app updates. Android Marshmallow offers the ability to auto-update apps, but that option can be turned off, or may not have installed an available update. Our guide below will show you how to manually install an app update in Android Marshmallow.

How to Install an App Update on an Android Marshmallow Smartphone

The steps in this guide were were performed on a Samsung Galaxy On5, in the Android Marshmallow operating system. in order to manually install an app update, there needs to be one available in the Google Play Store. 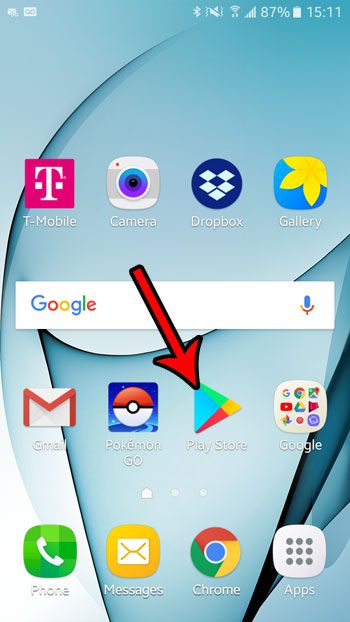 Step 2: Open the Play Store menu by tapping the icon with three horizontal lines at the left side of the search bar. 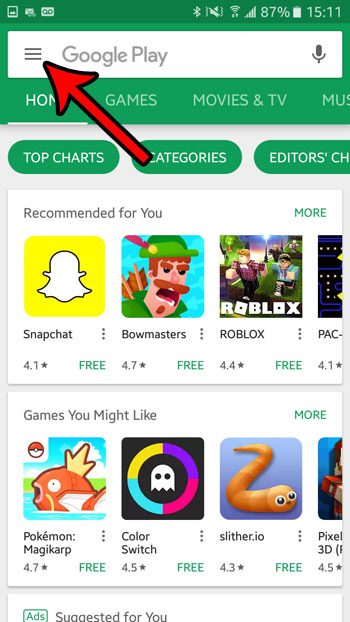 Step 3: Select the My apps & games option near the top of the menu. 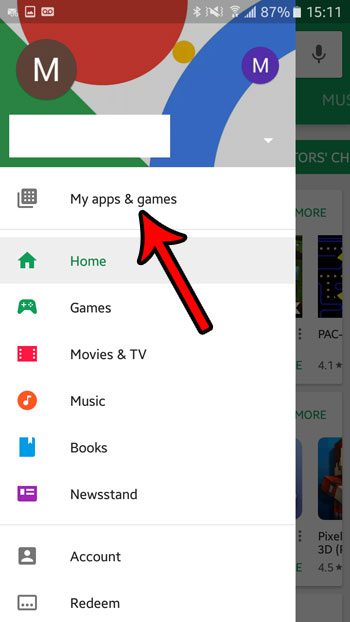 Step 4: Tap the Update button to the right of the app that you want to update. 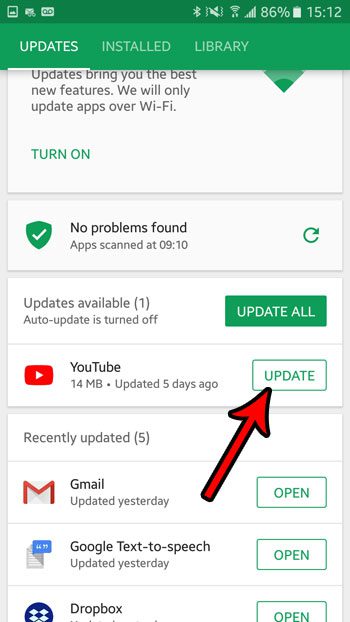 Note that you can control a setting that tells your phone whether or not to install these updates automatically. This article will show you how to turn off these automatic app updates, for example, if you would prefer to always install app updates yourself.