Over time you can easily have several dozen apps installed on your phone. Most of these apps are not anywhere near their “final” version, so you will inevitably receive updates from the developers that fix problems and add new features.

Managing all of these updates can be a chore, so Android has an option in the Play Store that lets you update all of your apps automatically. However, if you are actively avoiding installing updates for a particular app, or if you simply prefer to have control over the updates, then you might be looking for a way to turn off the setting that allows for the automatic update of your apps. Our tutorial below will show you where to locate that setting.

How to Turn Off Auto-Update for Apps in Android Marshmallow

The steps in this article were performed on a Samsung Galaxy On5 in the Android Marshmallow operating system. This guide assumes that your apps are currently configured to update automatically whenever an update is available for an app that is installed on your phone. Following these steps will prevent those updates from occurring automatically, which will require you to update your apps manually. 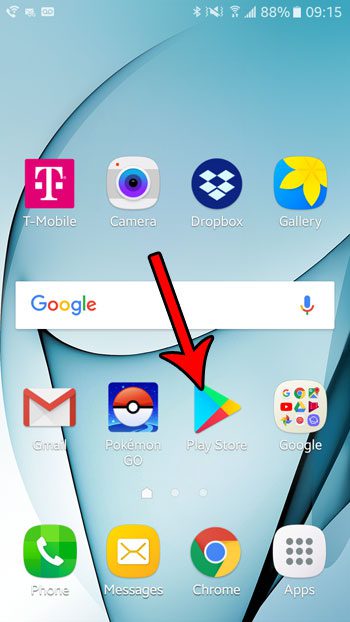 Step 2: Select the icon with the three horizontal lines, at the left side of the search bar. 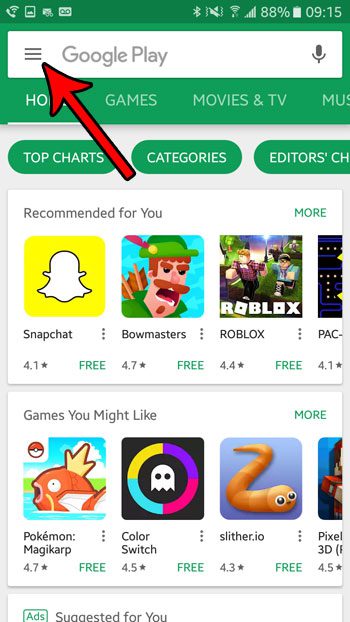 Step 3: Scroll down and select the Settings option. 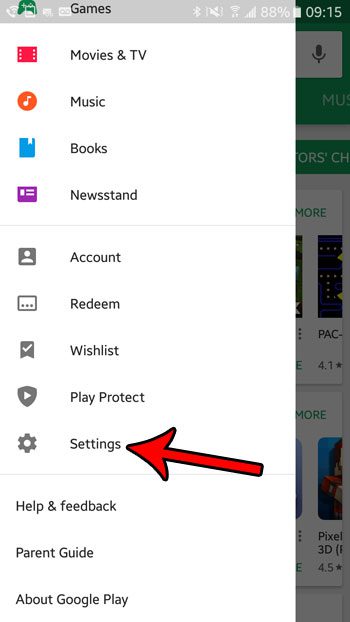 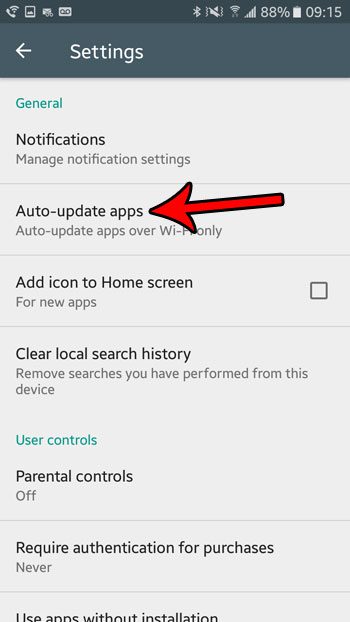 Step 5: Tap the Do not auto-update apps option to prevent any future automatic app updates from occurring. 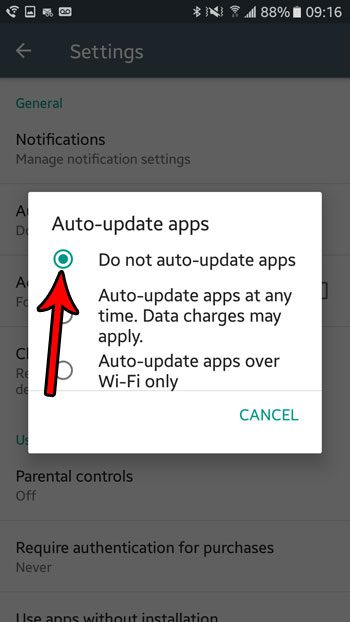 Note that some apps will not work if you are not using the most recent version of the app. In those cases you will need to manually install any app updates before you can continue using the app. You can install manual updates by going to the Play Store menu, choosing My apps & games, then tapping the Update button to the right of the app that you wish to update.

Is there an app on your phone that is taking up space and preventing you from installing new apps because you don’t have the room? Learn how to delete apps in Marshmallow and start increasing the amount of available storage space on your device.