The Workout app on your Apple Watch is a great way to track your activity and measure your performance when performing certain types of exercise. For example, if you’re training for a marathon by running outdoors, then you might be interested in using the Outdoor Run workout and keeping an eye on your average pace.

But different users have different goals and styles when using the Workout app, so there might be stats shown on the watch face that you don’t need, or there might be information that you would rather see. Our guide below will show you how to customize the appearance of the watch screen when performing workouts so that you can see the metrics that are most important to you.

The steps in this article were performed in the Watch app on an iPhone 7 Plus, using the WatchOS 10.3.3 operating system. Once you complete these steps you will have customized the different stats that are displayed on the watch face when you are using a workout.

Step 3: Scroll down and choose the Workout option. 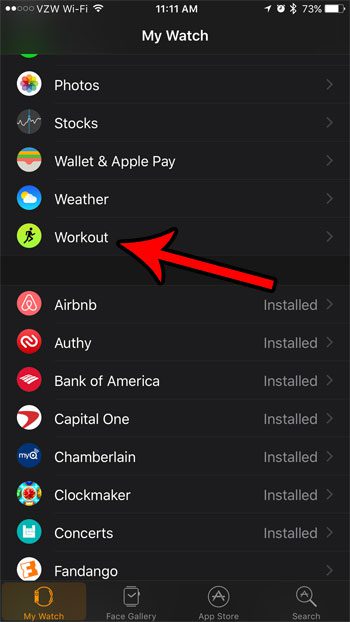 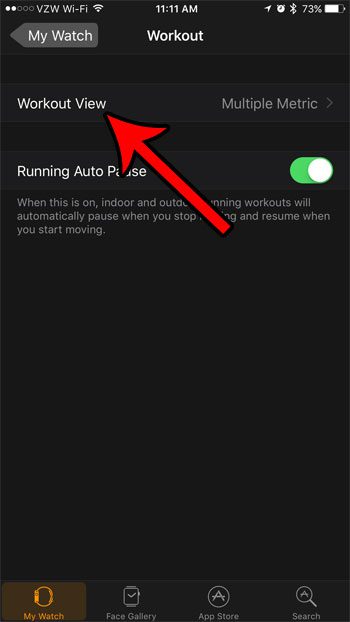 Step 5: Select the workout for which you would like to customize the metrics. 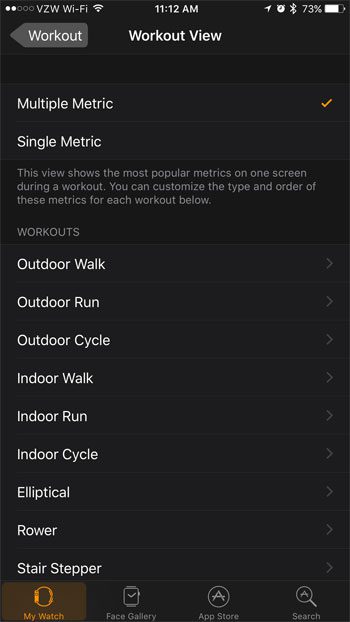 Step 6: Touch the Edit button at the top-right of the screen. 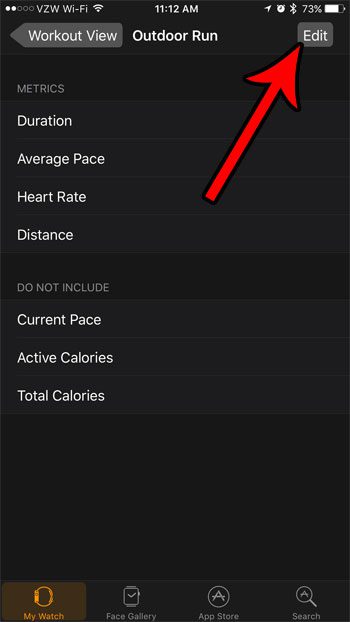 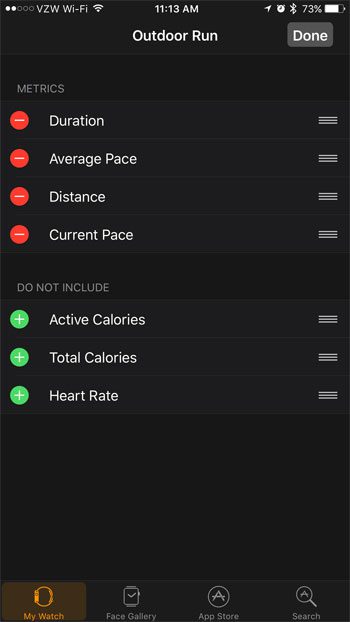 Tired of constantly being told to breathe by your watch? Learn how to turn off the Breathe reminders on your Apple Watch if you don’t need them, or aren’t using them.