Have you seen a friend or family member’s iPad and noticed that they were using their own pictures as the backgrounds on their device? For example, maybe they have a custom image that appears every time they unlock their device.

This location is known as your lock screen, and you are able to customize the image that appears here. You can use any picture on your device, including any that you might have downloaded from the Internet. Simply follow our short guide below to learn how to put a picture on your iPad lock screen.

Our tutorial below is going to take a picture from the Camera Roll and set it as the lock screen. You will be able to zoom and maneuver the image as you are setting it, so you shouldn’t need to make any edits to it before following the steps in this article.

Step 1: Touch the Photos icon on your iPad. 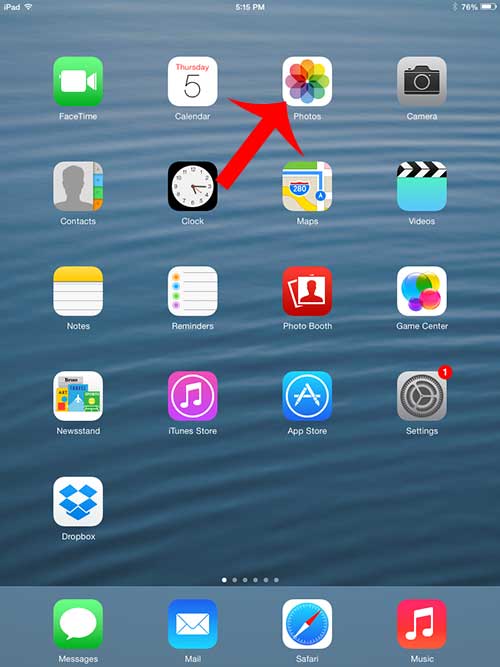 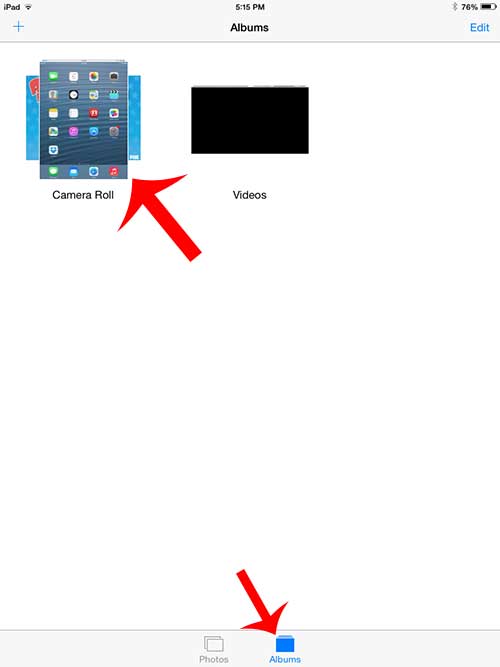 Step 3: Select the image that you want to put on your iPad’s lock screen. 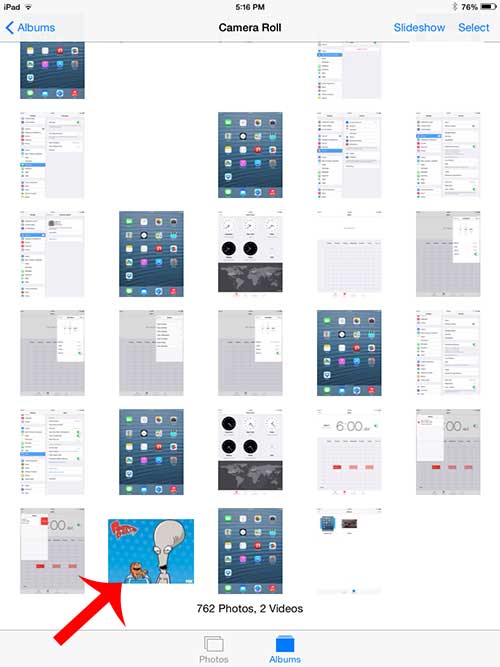 Step 4: Touch the Share icon at the bottom-left of the screen. It is the square icon with the arrow pointing up. 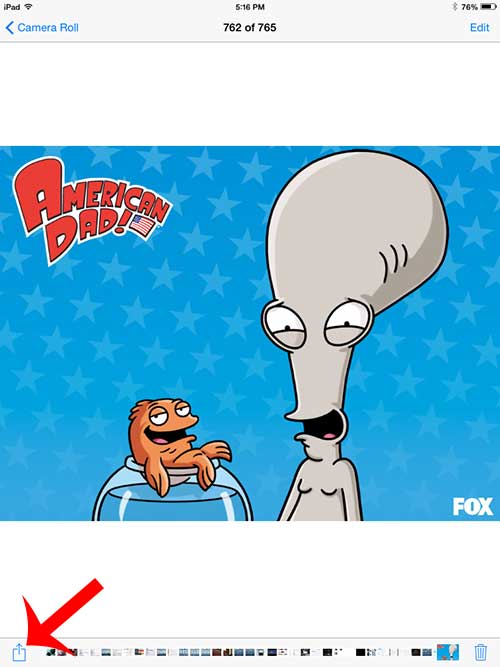 Step 5: Touch the Use as Wallpaper button. 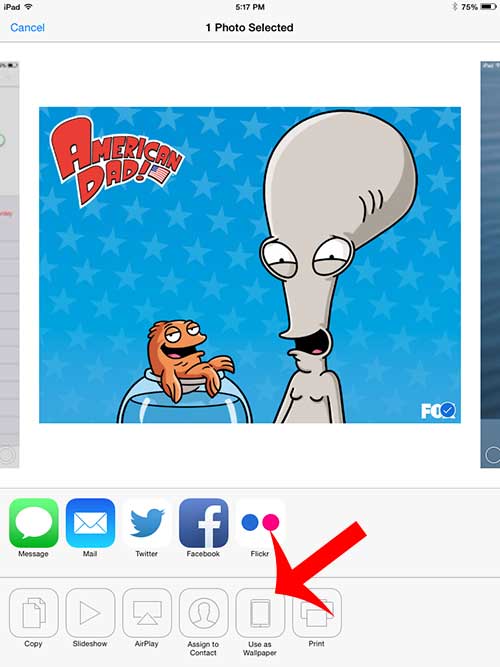 Step 6: Position the image as you want it to appear on your lock screen, then touch the Set Lock Screen button at the bottom of the screen. You can drag the image to move it, and you can pinch the image to zoom.

You can then lock your iPad and the image will appear the next time you turn on the screen to unlock it. 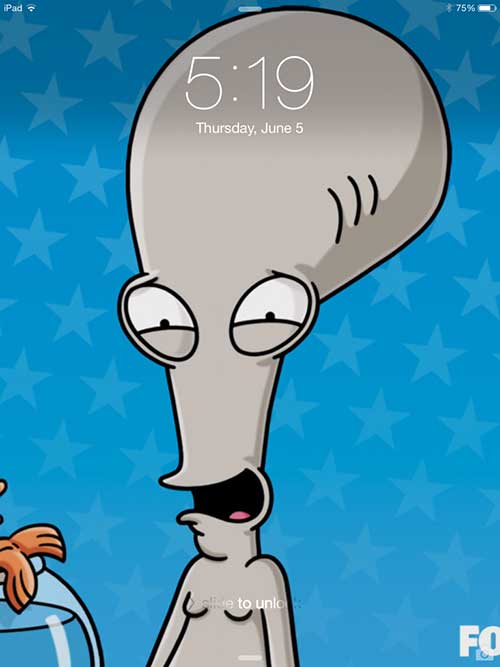 Do you want to change the lock screen picture on your iPhone, too? This article will teach you how.