The Notes app on the iPhone has always been a handy place to keep and record important information. Notes has been receiving a lot of upgrades with recent iOS updates, too, and you might find that its improved functionality is starting to replace apps that you used for similar purposes. You can even take pictures and videos from within the Notes app, and include them with your notes.

However, the pictures and videos taken in Notes will not save to the Photos app by default. If you are used to finding your pictures in that location, then this could become confusing. Fortunately there is a setting on your iPhone that will allow you to change this behavior, and start saving your media files in the Photos app.

Save Notes Pictures and Videos to the iPhone Camera Roll

The steps in this article were performed on an iPhone 5, in iOS 9.3. Once you have followed the steps in this guide, any picture that you take with your iPhone camera, while in the Notes app, will be saved to the Photos app. If you are instead looking for the opposite result, because you do not want to save Notes picture to your camera roll, then you can also follow these steps, but simply turn off the option in the last step instead. 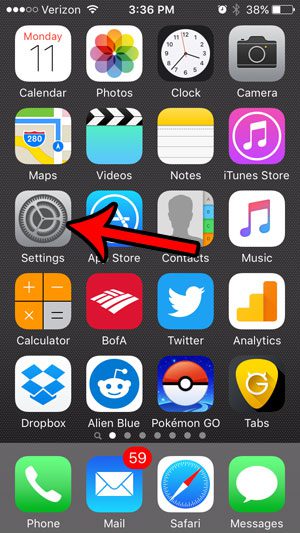 Step 2: Scroll down and tap the Notes option. 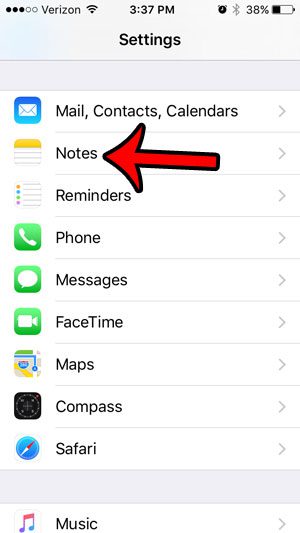 Step 3: Tap the button to the right of Save Media to Photos to enable the option. There will be green shading around the button when your iPhone will start saving your Notes pictures and videos to the Photos app. Important notes about this feature –

Are your pictures taking up too much space on your iPhone? If you have HDR enabled, then you might be saving multiple copies of every picture. This article – https://www.solveyourtech.com/how-to-take-an-hdr-picture-on-an-iphone/ – will show you how to stop keeping the normal copy of the photo when you take an HDR picture.