The version history option in Google Docs is the sort of feature that you may not be familiar with after transitioning to Google Docs from a different application, but it’s one that you can easily become very fond of. But you may also wind up with a lot of different file versions, to the point where it can be difficult to locate the correct one.

Fortunately Google Docs now includes an option to rename a document version. This will allow you to apply some sort of identifying information to your document version so that you can easily locate it in the future amidst the list of versions for the file. Our tutorial below will show you how to change the name of a file version in Google Docs.

How to Change the Name of a Version in Google Docs

The steps in this article assume that you currently have a Google Docs file containing at least two versions, and that you would like to rename one of them.

Step 1: Sign into your Google Drive and open the file containing the document version that you want to rename.

Step 2: Select the File tab at the top of the window. 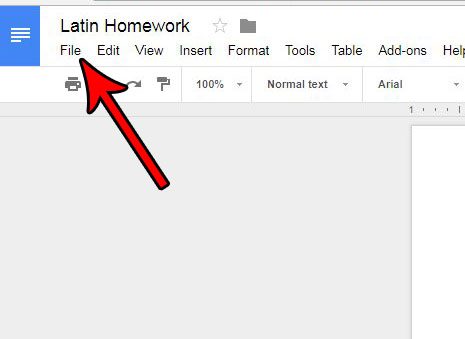 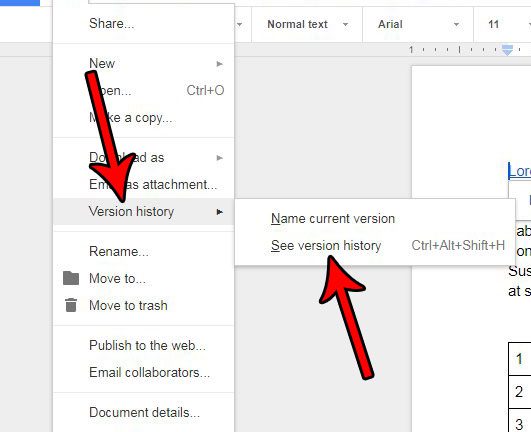 Step 4: Click the three dots to the right of the version that you want to rename, then select the Name this version option. 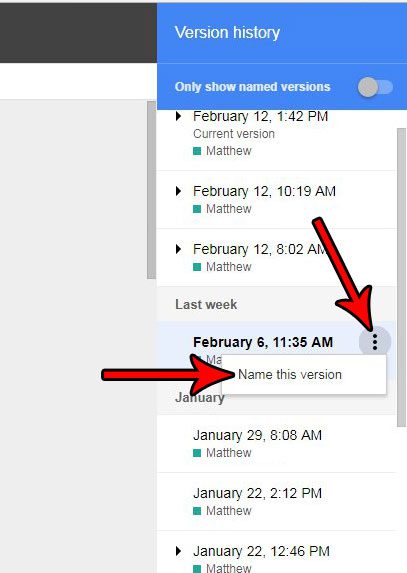 Step 5: Type in the new name for the version, then press Enter on your keyboard. 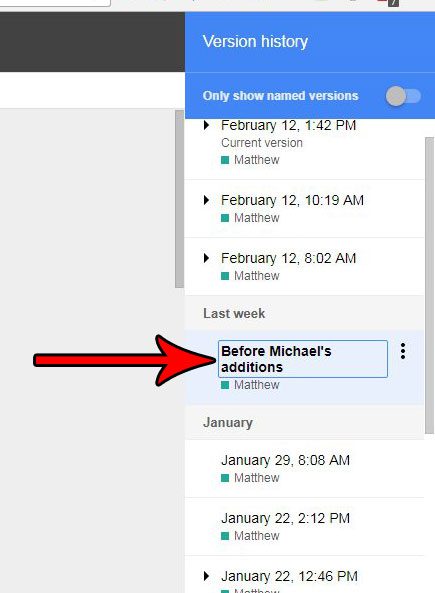 Do you want to save your Google Docs file in a different format so that you can send it to people that don’t have, or don’t use, Google Docs? Find out how to save as a PDF from Google Docs and create a version of your document that is useful for people that use different programs.