Documents that you create in word processing applications can be in portrait or landscape orientation. Most programs, including Microsoft Word, use the portrait orientation by default. Luckily this is a setting that you can change.

How to Put a Microsoft Word Document in the Landscape Orientation

The steps in this article were performed in Microsoft Word 2013. These steps are similar in most other versions of Microsoft Word. Once you complete the steps in this guide you will change the orientation of your document to the landscape orientation. Note that if there are already objects and text in your document that this may change the layout of some of those objects. Therefore it’s a good practice to proofread the document after switching to landscape orientation to make sure that everything still looks OK. You can also set landscape as the default if you make more documents in that orientation than in portrait. If you use Google Docs, then this article will show you how to change this setting as well.

Step 2: Click the Page Layout tab at the top of the window. 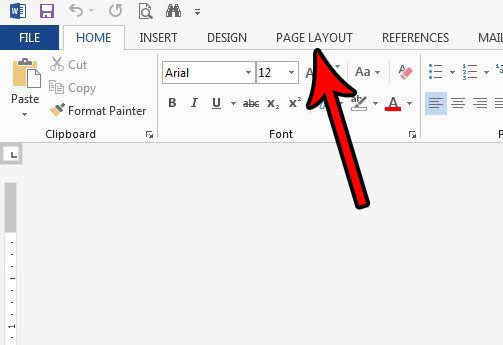 Step 3: Click the Orientation button in the Page Setup section of the ribbon, then choose the Landscape option. 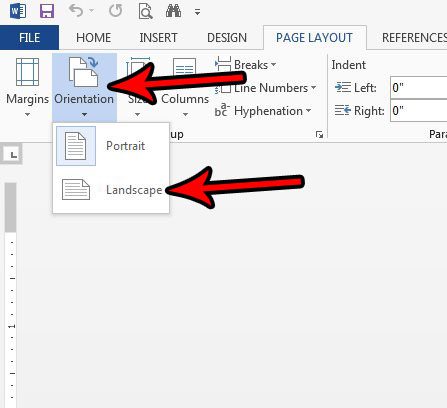 Do you need to know how may characters are in your document? Find out how to get a character count in Word if your document needs to be over or under a certain number of letters and numbers.