Organizing the apps on your iPhone can eventually become a necessity if you have multiple screens that you need to swipe through to find a particular game or utility. Your iPhone places new apps in the first available space that it finds, which can make locating those apps rather tedious. One way to resolve this problem is to create a square, or folder, that can contain a grouping of apps of your choosing.

You may have noticed that you already have at least one of these folders on your iPhone, which likely made you curious about creating additional ones. Our guide below will show you how to combine apps into folders on an iPhone 7.

The steps in this article were performed on an iPhone 7 Plus, in iOS 10.2. You can also create app folders on other iPhone models, in other versions of iOS, by using this same method. While the example below will only be placing two apps into a folder, you can use the same method to include other apps in that folder as well.

Step 1: Locate the apps that you want to combine into a folder. 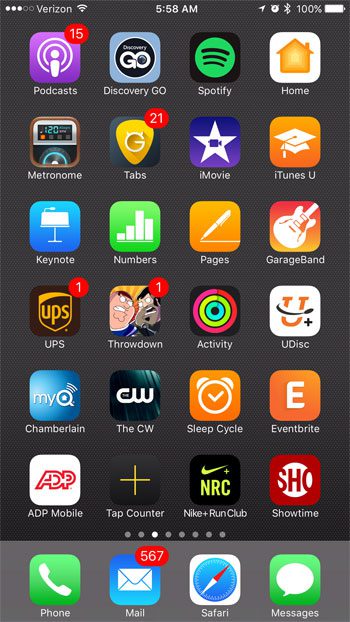 Step 2: Tap and hold on one of the apps until it starts to shake, and a small x appears at the top-left corner of the app icon. 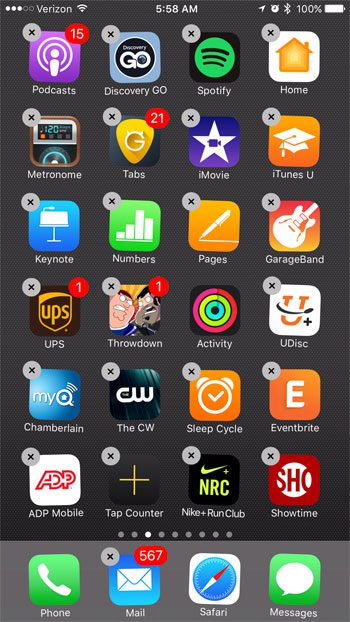 Step 3: Drag one of the apps on top of one of the other apps, which will create a folder. 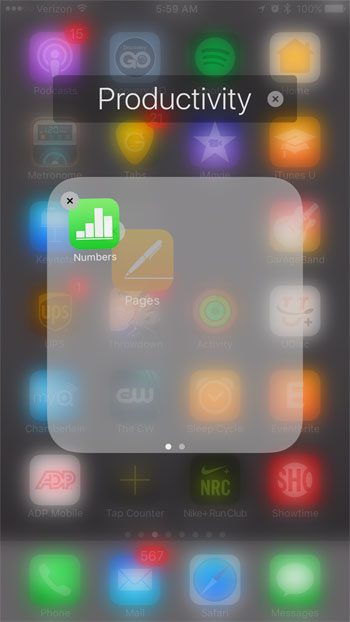 Step 4: Rename the folder if desired, then press the Home button under your screen once you are done adding apps to the folder. 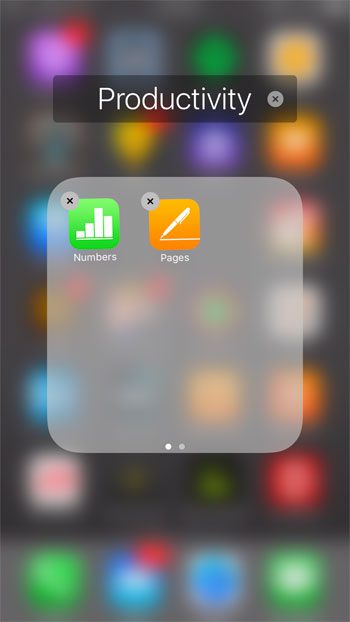 You can include additional apps in this folder by tapping and holding on those apps, then dragging them to the folder as well.

You can also create app folders in the dock at the bottom of your screen using this same method.

Are you almost out of space on your iPhone, but there are other apps, music, and movies that you want to store on the device? Read our guide to freeing up iPhone space and see some of the areas you can check to increase your available storage space.