While the Apple Watch doesn’t have all of the same capabilities as an iPhone, there are a lot of tasks that you perform on the phone that can also be managed from the watch. One such task that you can use the Apple Watch 2 for is putting songs directly on the watch so that you can listen to music even if your iPhone ins’t close by.

The steps in this article were performed through the Watch app on an iPhone 7 Plus in iOS 10.3.3. The watch being affected is an Apple Watch 2, using the WatchOS 3.2.3 version. Note that you will be able to specify the amount of storage used by your music either in terms of the amount of storage space that they use, or by the number of songs you wish to have on the device. 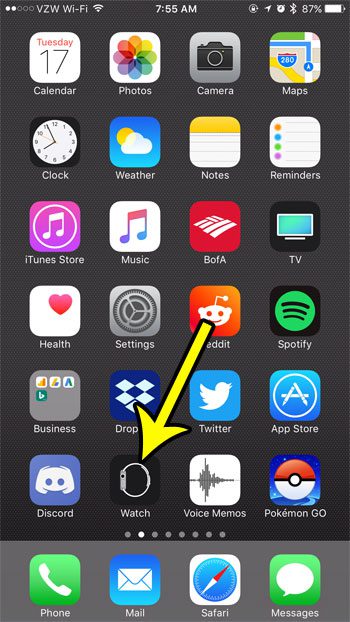 Step 2: Choose the My Watch tab at the bottom-left corner of the screen.

Step 3: Scroll down and select the Music option. 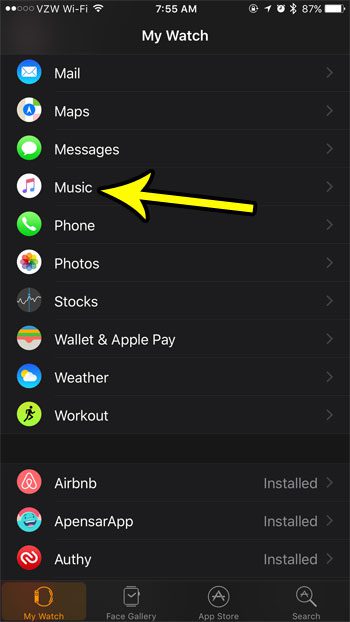 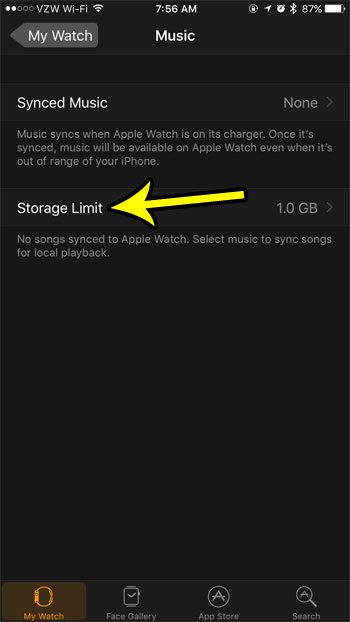 Step 5: Select either the Storage or Songs option at the top of the screen, depending on your preference, then select the maximum amount of storage that you want the songs to take on your watch. 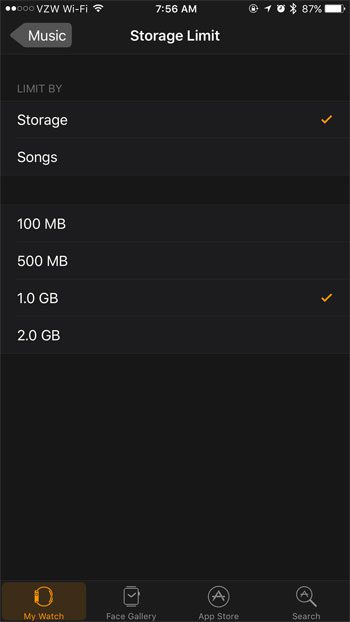 One of the best things about putting music on your Apple Watch is the ability to use the watch on its own when you are working out. Learn how to pair Bluetooth headphones with your watch so that you can leave your phone at home when you exercise.