Has there ever been a document that you spent so much time working on, that you were curious about the actual total? Or are you doing some work for a client, and need to know how much time was spent on a document so that it can be billed properly?

Word 2010 has an interesting tool that keeps track of the total editing time for a document, which can be handy in situations like these. Our guide below will show you where to go in Word 2010 to find out how long you have spent with that document open in the program.

Additionally, total editing time will continue to accumulate while the document is opened, even if you are not working on it. Note that there seems to be some inconsistencies with this aspect of the counter, as some users report that the time stops accruing when the document is minimized. However, the counter continued to increase in my own testing. 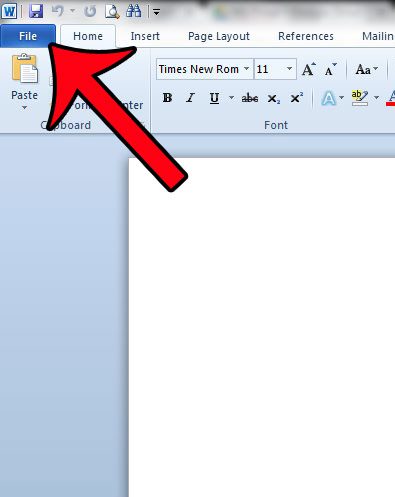 Step 3: Click the Info option in the column at the left side of the window. 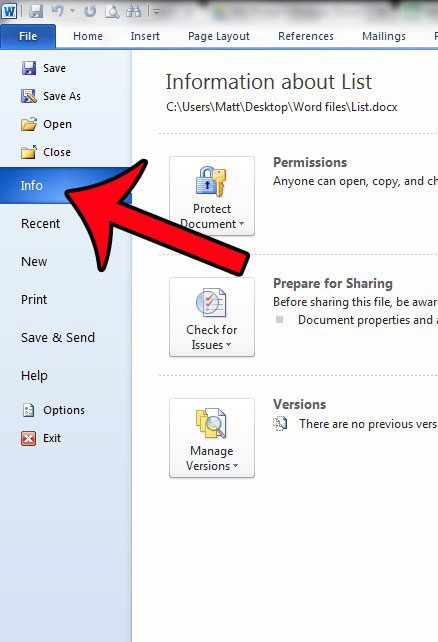 Step 4: Locate the Total Editing Time information in the column at the right side of the window. 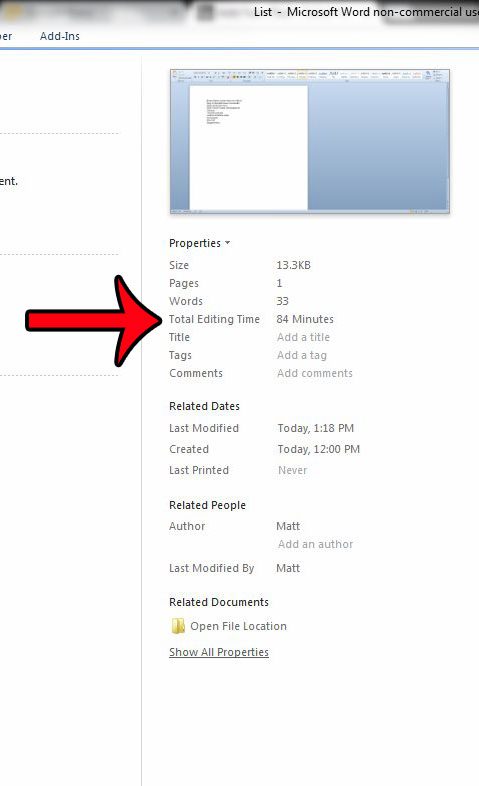 Would you like to view or change some of the advanced properties of your document? learn how to open the Document Panel in Word 2010 to view some of the metadata associated with your file.