Almost every new update to iOS seems to bring about some interesting changes to the Camera app, and iOS 8 is no exception. The most recent update to Apple’s iOS operating system includes a timer option that you can use to delay the taking of a picture. Whether you are waiting for something to come into frame, or you want to be able to take a group picture that includes yourself, the iPhone finally offers you that option.

The camera timer has been seamlessly integrated into the pre-existing Camera app interface, and less observant users might not even notice its’ presence. So if you are excited to start using the camera timer feature, you can follow our guide below to learn how.

Using the Camera Timer in iOS 8 on an iPhone 5

As mentioned before, this feature is only available on iPhones running the iOS 8 operating system or later. If your iPhone 5 does not have the feature described in the images below, then you will need to install the iOS 8 update.

Note that you can use the timer on both the rear-facing and front-facing cameras. 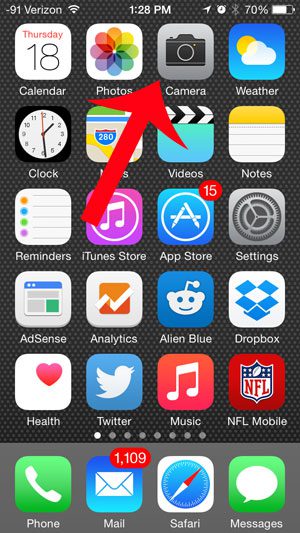 Step 2: Tap the clock icon at the top of the screen. 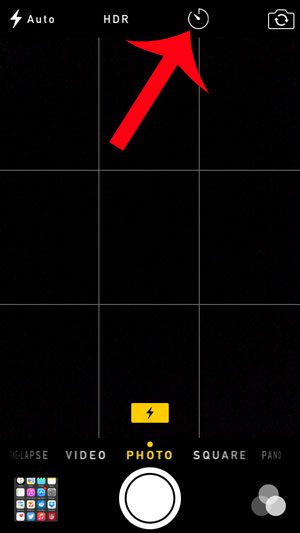 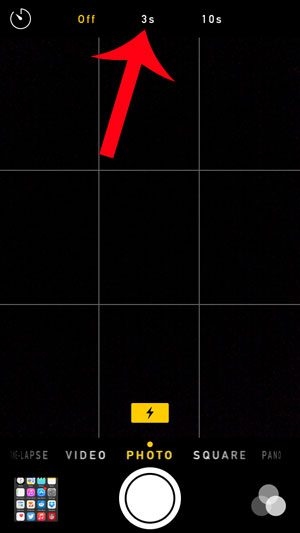 Step 4: Tap the shutter button at the bottom of the screen to start the timer countdown. The countdown is displayed numerically at the bottom-right corner of your screen. 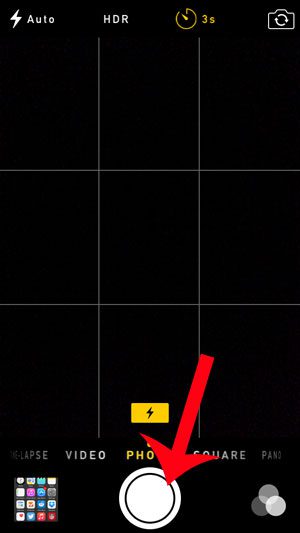 Are you looking for more solutions to issues that you have been having with your iPhone? Check out our iPhone article library to learn about all of the different settings that you can customize and adjust.