Siri is able to help you perform a lot of functions on your iPhone, and her functionality has only been increased in iOS 9. Siri users often find that the ability to complete tasks by speaking to Siri can help improve productivity, especially in situations where your hands might not be free.

Siri can be accessed from your iPhone’s lock screen by default, which is helpful when you want Siri to perform a task, but you do not need to unlock your device. But if you are worried that this feature could be problematic in the hands of someone else that might have access to your iPhone, then you can follow the steps in our guide below to disable access to Siri from the lock screen.

Prevent Siri Access When iPhone Screen is Locked in iOS 9

The steps in this article were performed on an iPhone 6 Plus, in iOS 9. Once you have completed these steps, you will no longer be able to access Siri when your device is locked. Siri’s other functions will still be enabled. If you wish to turn off Siri entirely, then you can do so by turning off the Siri option on the menu found at Settings > General > Siri. 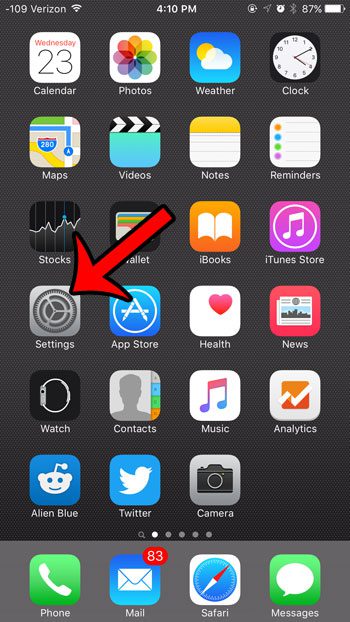 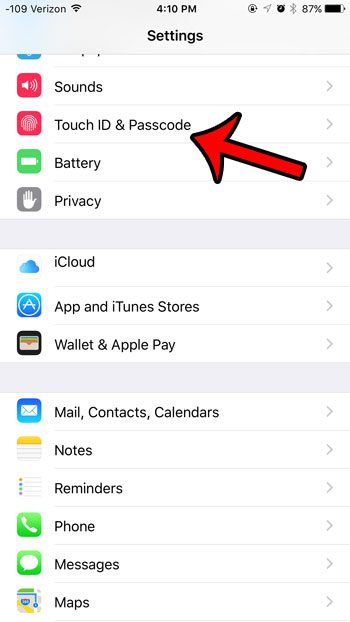 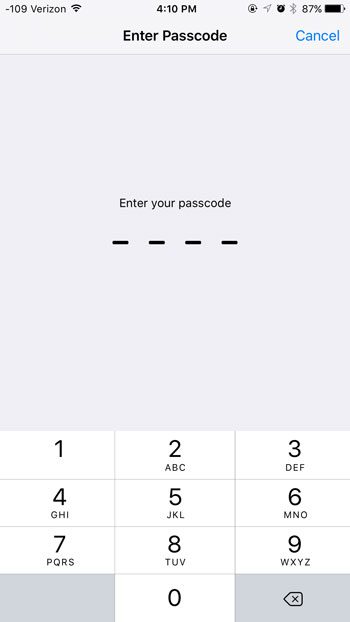 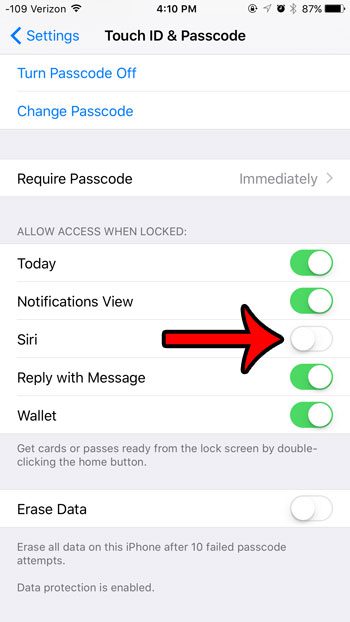 Siri can be used in a number of different places on your iPhone, and one of the new locations is in Spotlight Search. If you go to Spotlight Search, you likely have a row of Siri Suggestions at the top of the search results section. You can remove these suggestions if you find them to be unnecessary.