Playlists are a great way to create a customized set of music where you pick every song that you will hear. Once you have created a playlist, you can add and remove songs from the list at will, and you can choose whether the iPhone should shuffle through the list, or simply play it in order.

But if you have started using Apple Music, then the process for creating a new playlist may be a little different than what you are used to. Our tutorial below will show you how to create a new playlist directly on your iPhone, then how to find and add songs to that playlist.

Adding a New Playlist in Apple Music on an iPhone 6

The steps in this article were written using an iPhone 6 Plus, in the iOS 8.4 operating system. Note that you will need to be running at least iOS 8.4 to have access to Apple Music. This guide will show you how to install an iOS update on your iPhone.

Step 2: Tap the My Music option at the bottom-right corner of the screen.

Step 3: Tap the Playlists option at the top of the screen. 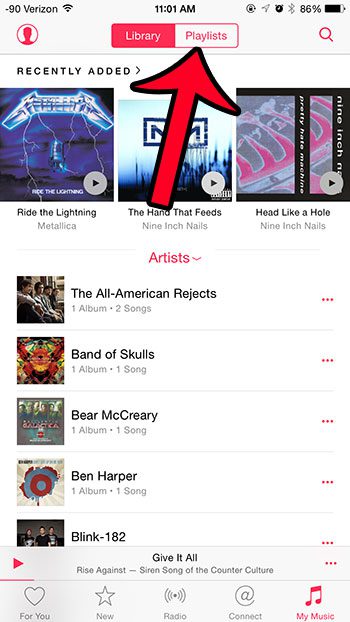 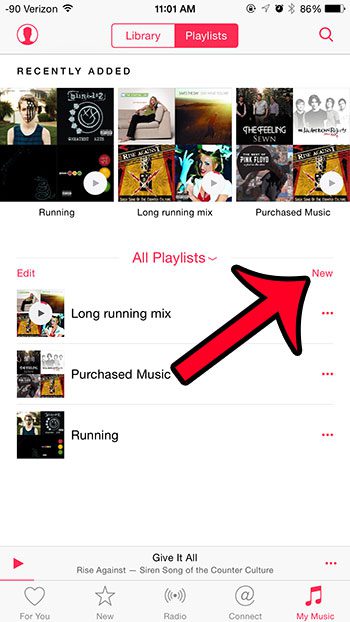 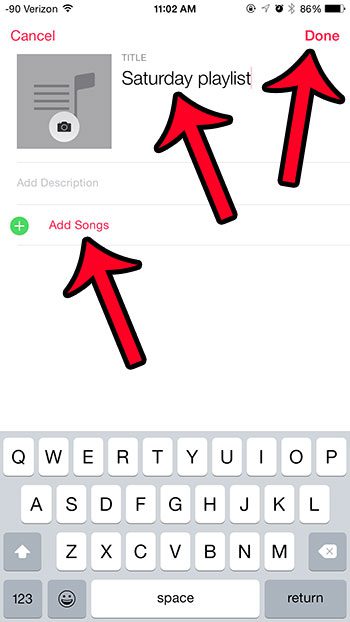 Step 6: Type the name of a song into the field at the top of the screen, or select one of the categories on this screen to find the song that way. 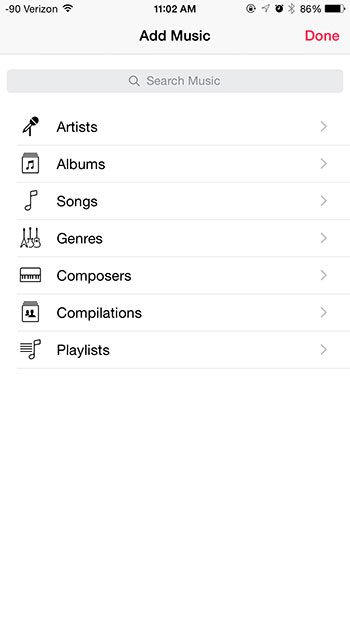 Step 7: Tap the + icon to the right of the song to add it to the playlist. 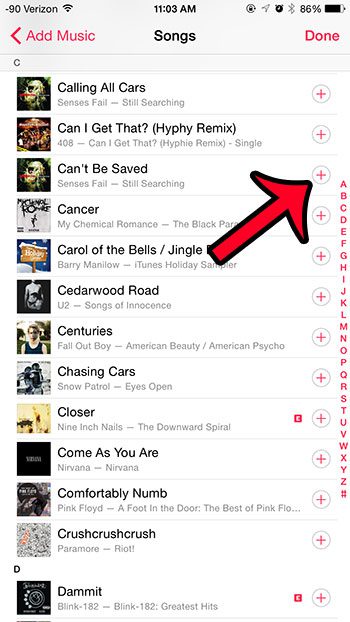 If you do not already have Apple Music on your iPhone, then you can read here to learn how to sign up for it.