The Music app on your iPhone provides access to a massive library of songs. But many of those songs cost money, which can add up very quickly if you purchase a lot of them. One way to keep this cost down is via an Apple Music subscription.

How to Stop an Apple Music Subscription from an iPhone

This guide assumes that you are currently signed into the Apple ID to which the Apple Music subscription is assigned. 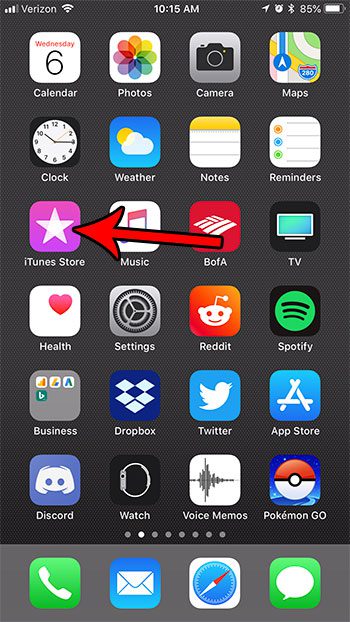 Step 2: Scroll to the bottom of the screen and tap the Apple ID option.

Step 3: Select the View Apple ID option from the menu. 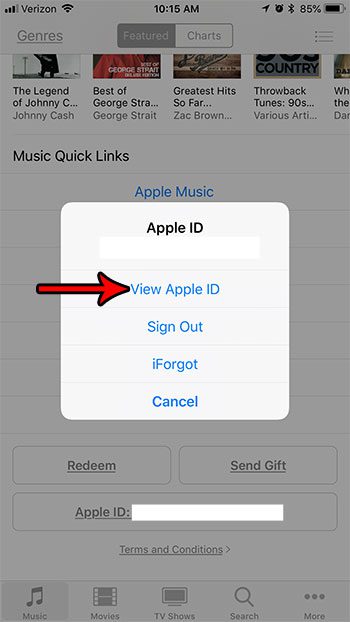 Step 4: Scroll down and choose the Subscriptions option. 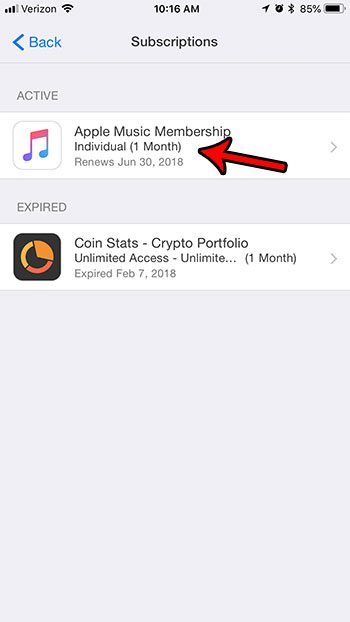 Step 6: Tap the Cancel Subscription button at the bottom of the menu. 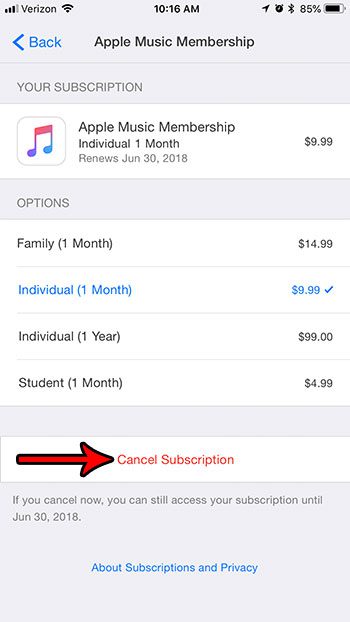 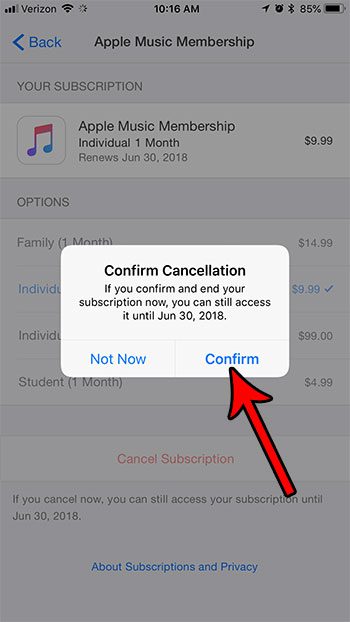 If you do elect to start a Spotify subscription, then one of the most helpful things you can do is create a playlist. This tutorial will show you how to create a Spotify playlist to which you can add all of your favorite songs.