There are a lot of different sounds that can occur when you are text messaging on your iPhone with the default settings. You may already know that you can turn off the notification sounds for text messages on your iPhone, but that won’t affect the typing sound that you hear whenever you press a key on the keyboard.

Fortunately this sound is controlled by a different setting, which you can also elect to disable. Our guide below will show you where to find the Keyboard Clicks option so that you can turn it off.

Note that you can also turn off keyboard clicks by muting your iPhone with the Mute switch on the left side of the device. This also allows you to mute the camera noise on your iPhone so that you can take pictures without the shutter sound. However, any sounds muted by this action will still be heard once you have unmuted the device. 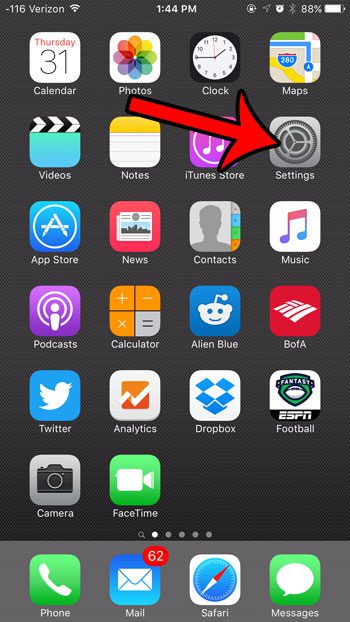 Step 2: Scroll down and tap the Sounds option. 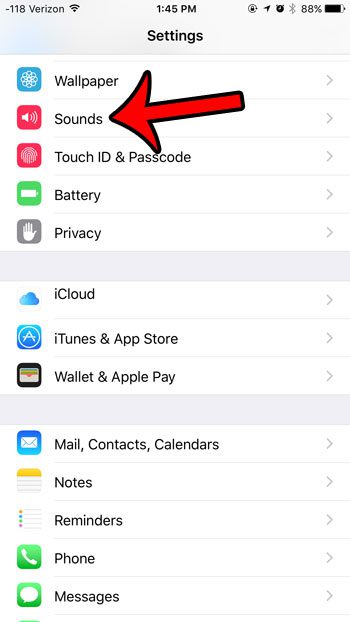 Step 3: Scroll all the way to the bottom of this screen, then tap the button to the right of Keyboard Clicks. You will know that it is turned off when there is no green shading around the button. The keyboard clicks are turned off in the picture below.

Do you dislike the character previews that appear as you type a letter on your keyboard? Learn how to turn off these character pop-ups on your iPhone.