Beginning with the iPhone 5S, iPhone devices include a feature that allows you to unlock the device by simply placing your finger on the Touch ID sensor. This provides a simple and convenient way to unlock your device, plus it serves as a security measure for some other aspects of the device.

You likely added at least one fingerprint to your iPhone when you initially set up the device, and you can follow the steps in this article to add more. But if there is a fingerprint that you have added which you would like to remove from your iPhone, then you can continue reading below to learn how.

Remove a Touch ID Fingerprint on the iPhone

The steps in this article were written using iOS 8, on an iPhone 6 Plus. The Touch ID feature is only available on the iPhone 5S and newer devices. 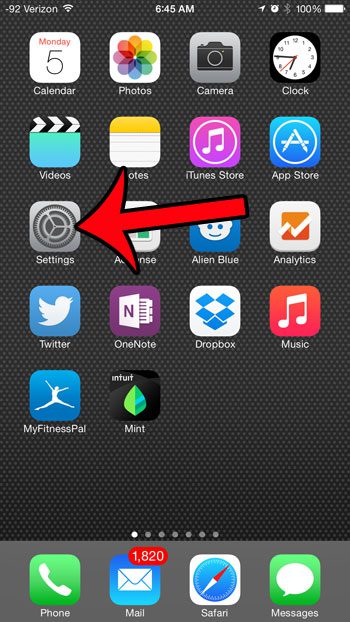 Step 2: Scroll down and select the Touch ID & Passcode option. 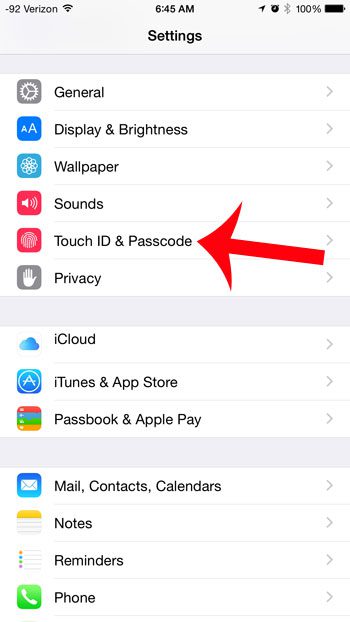 Step 3: Enter your passcode (if you have one). 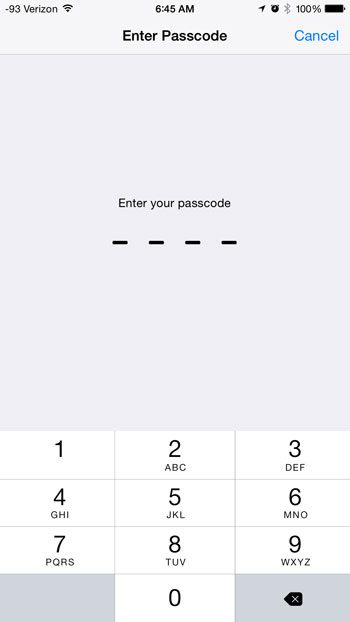 Step 4: Select the fingerprint that you would like to delete. 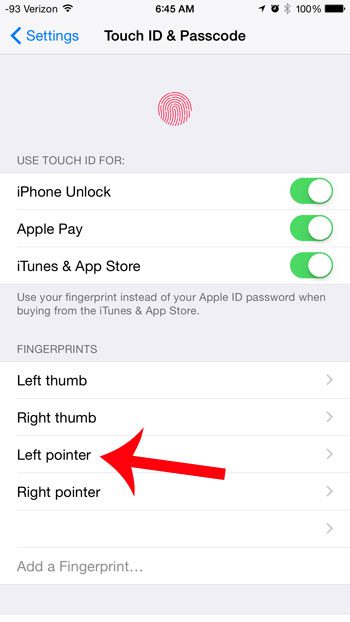 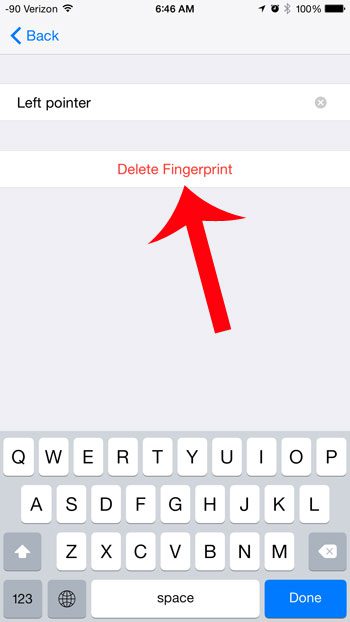 If you no longer wish to use a fingerprint to unlock your device, then you can disable the feature. Learn how to stop unlocking your iPhone with a fingerprint by following a few short steps.