Many people that use an iPhone will discover that they do not use many of the default apps that Apple includes on the device. This can lead you to move the apps into folders, or to move them around to different Home screens. Eventually your iPhone 5 home screen will start to look very different than it did when the device was brand new.

So if you are trying to help someone change something on their new iPhone, or if you are simply curious about the default Home screen layout of the iPhone 5 in iOS 7, then you can check out the screenshots below to see how it looks on a new device.

Default App Layout for an iPhone 5 in iOS 7

The images below shows the first and second Home screens for an iPhone 5 running the iOS 7 operating system. Once the default icons are listed, other apps that you have installed will be listed after them, alphabetically. You can read here if you would like to learn how to move apps around on the device. 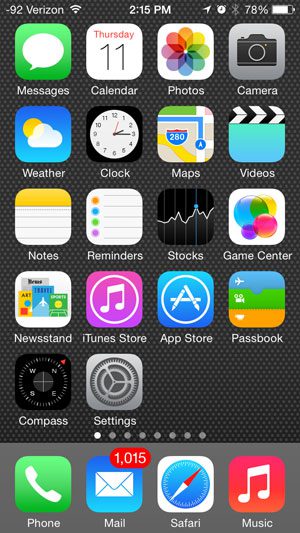 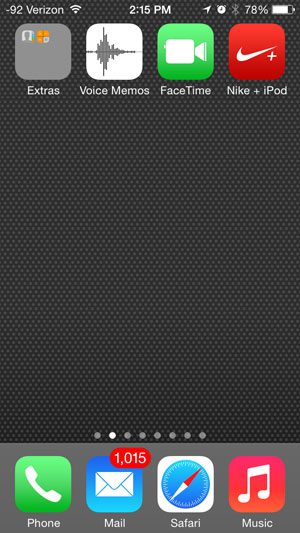 If you would like to restore your iPhone icons to their default location, this article will show you how.