Smart phone owners are often inundated with notifications about updates for their apps and the operating system. These updates typically seek to fix known issues with the application and introduce new features that have been developed. Your Apple Watch, while it may be physically different in appearance from an iPhone, shares many of these same characteristics. This includes the need for operating system updates to be installed.

If you have heard about a new update for the Apple Watch, you may be wondering if that update is available for your device. Our guide below will show you how to check for an Apple Watch update using the Watch app on your iPhone. If there is an update there you will be able to install it by following the on-screen instructions.

How to See If You Have an Apple Watch Update Available

The steps in this guide were performed on an iPhone 7 Plus in iOS 10.3.2. The watchOS version currently on the attached watch is 3.2. 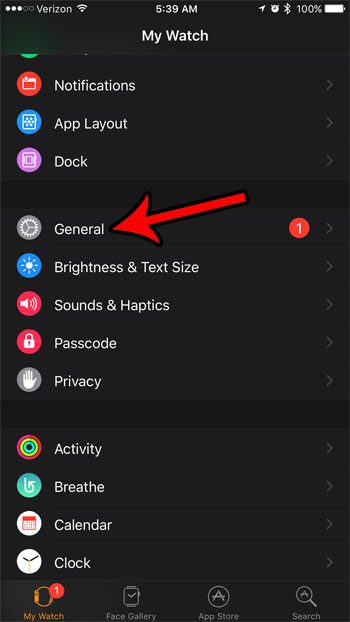 Step 4: Tap the Software Update option at the top of the screen. 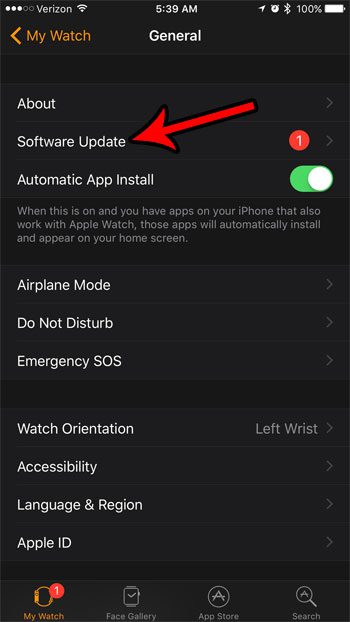 If there is a watch update available, then information will be shown on this screen, as well as an Install button. 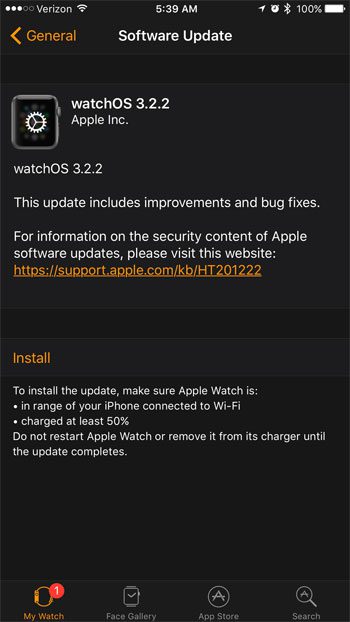 Note that in order to install an available update for the Apple Watch the device will need to be in range of the iPhone and connected to Wi-Fi, connected to the charger, and have at least a 50% charge.

Do you constantly get Breathe reminders on your Apple watch, but you always dismiss them without doing the Breathe exercise? Learn how to change the Apple Watch Breathe reminder settings to have it occur less frequently.