The camera is one of the more frequently used apps on a smart phone, whether you are taking pictures of the things around you, or of the objects on your screen. As a result of its heavy usage, Samsung has a feature on the Galaxy On5 where you can quickly launch the Camera app by quickly pressing the Home button twice.

But if you do not have a need to use this feature, then you might find that you open the camera via this method by accident much more often than you do it on purpose. Fortunately you can turn off the camera quick launch setting by following the sequence of steps below.

The steps in this guide were performed on a Samsung Galaxy On5 in the Android 6.0.1 operating system. Once you have completed this tutorial, your camera will no longer launch automatically when you press the Home button twice in rapid succession. You will still be able to open the Camera app by tapping the icon on the Home screen. 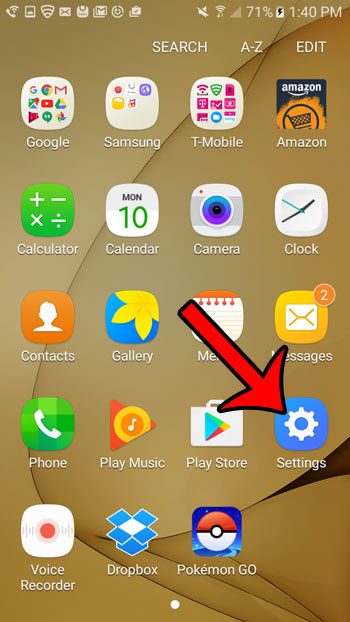 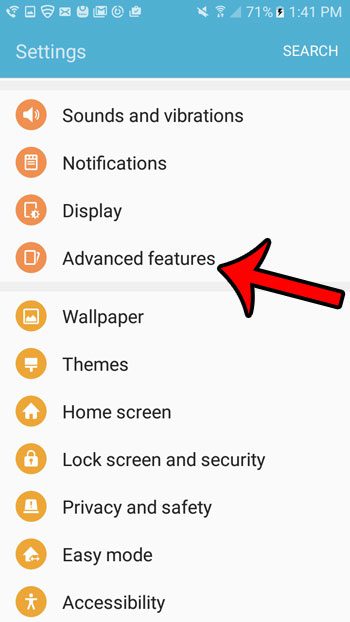 Step 4: Tap the button to the right of Quick launch Camera to turn it off. 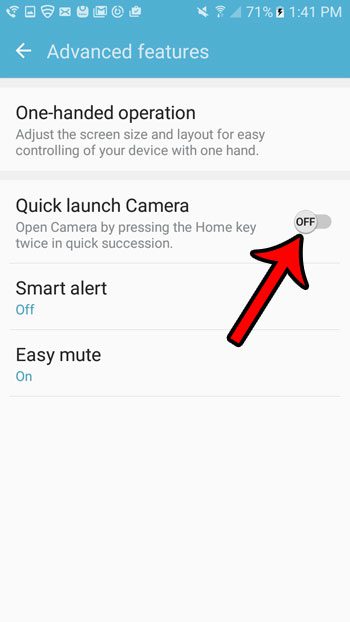 Are you receiving unwanted calls from spammers or telemarketers? Learn how to block calls through the call log on your device so that your phone stops ringing when those numbers call, and so that you stop receiving text messages from them as well.