When you install a new app on your Samsung Galaxy On5, it’s usually because it is something that you heard about or searched for, and you though it would be something that would be either useful or fun. The default behavior for these new apps that you install from the Play Store will include that app being added to the Home screen so that it is easier to find.

Unfortunately there are only so many spots on your Home screen, and you might have already created a configuration that is ideal for your usage. Therefore you might prefer that all of the new apps you install aren’t added to the Home screen by default. Fortunately this is a setting that you can control by following the steps in the guide below.

The steps in this guide were performed on a Samsung Galaxy On5 in Android Marshmallow. Once you have completed these steps, your phone will no longer automatically add icons for your newly-installed apps to the Home screen. We will be making this adjustment from within the Play Store. You can also enable Parental Controls in Android Marshmallow on this menu, too, if you need that ability. 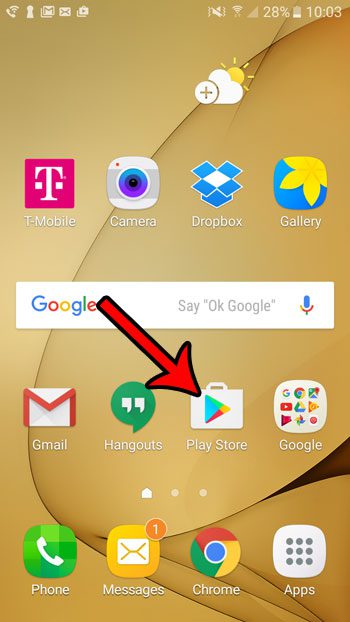 Step 2: Touch the icon with the three horizontal lines at the left side of the search field. 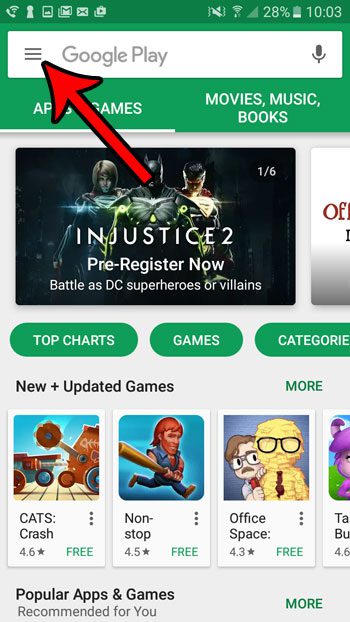 Step 3: Scroll down and tap the Settings icon at the bottom of the left menu. 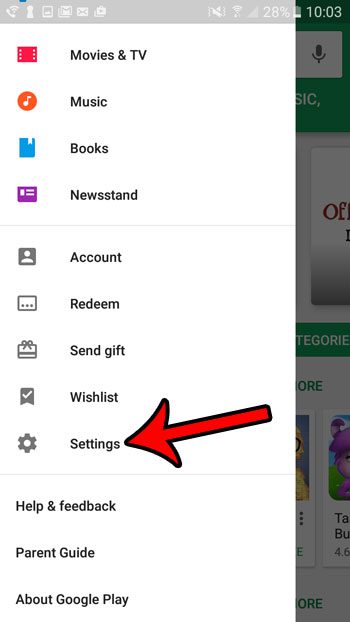 Step 4: Tap the box to the left of Add icon to Home screen to remove the check mark from the box. I have disabled this option in the image below, so the next time I install an app from the Play Store, the app icon won’t be added to the Home screen automatically. 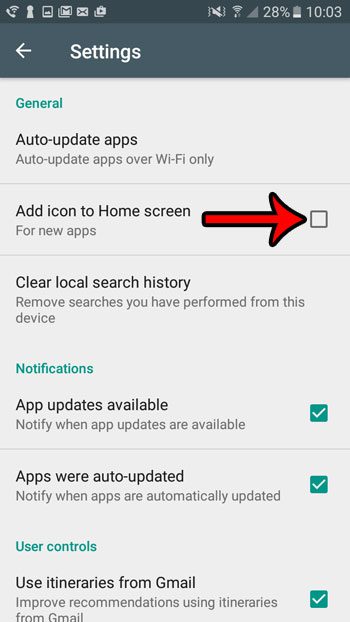 Would you like to be able to take and share pictures of your Galaxy On5 like the ones that we use in this article? Learn how to take screenshots in Android Marshmallow to quickly take and save images that you can then share in the same way you would share pictures that you take with your camera.