The Brother HL-5470DW laser printer, like every other laser printer, periodically needs to have its toner cartridge replaced. But, less frequently, it also needs to have its drum unit replaced. This is the part in the printer into which the toner cartridge is placed. You usually need to replace the drum on the 5470DW when the printer indicates that the drum life is getting low. Brother states that the typical drum life is approximately 30,000 pages.

But you may have replaced the drum unit, only to find that the printer is still indicating that the drum life is low. This is because you also need to reset the drum life counter on the Brother HL-5470DW. Fortunately this process takes only a minute or two, then you will be able to return to your normal printing without the nuisance of the warning message.

These steps were performed on a Brother HL-5470DW printer after the drum unit was replaced. 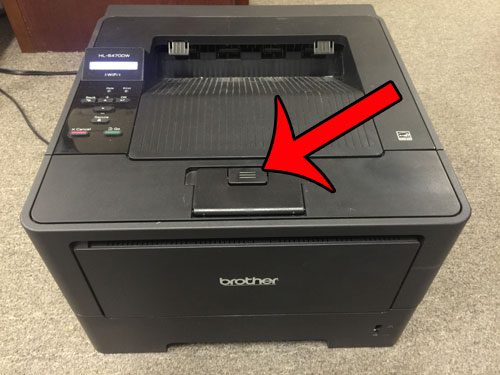 Step 3: Press and hold the green Go button for five seconds, until you see a message on the display that says Drum Clear. 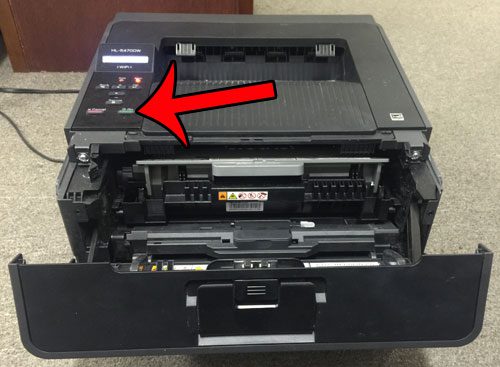 You can then close the front cover and return to normal printer operation.