The Voice Memos app on your iPhone is a great way to record audio on the device. The process of creating a voice memo is fairly simple, and memos that are saved to your iPhone can be shared in a number of different ways.

But the Voice Memos app also interacts with some other features on your iPhone, including voicemails that you have received. This means that you can save a voicemail as a voice memo, then save or share those memos in the same way that you would with any other voice memo. Our guide below will show you how.

Saving a Voicemail as a Voice Memo in iOS 9

The steps in this article were performed on an iPhone 6 Plus, in iOS 9.2. Note that this feature is only available on iPhones that are using iOS 9 or higher. You can read here to learn how to check which version of iOS is installed on your device.

Step 2: Select the Voicemail option at the bottom-right corner of the screen.

Step 3: Tap on the voicemail that you wish to save as a voice memo. 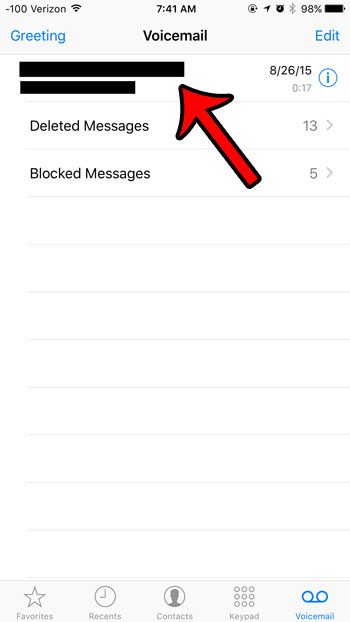 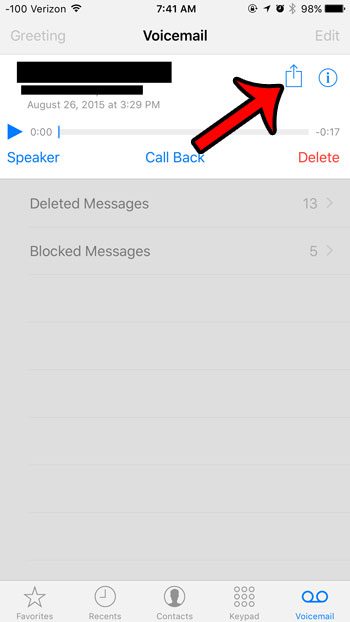 Step 5: Select the Voice Memos option from the choices at the bottom of the screen. 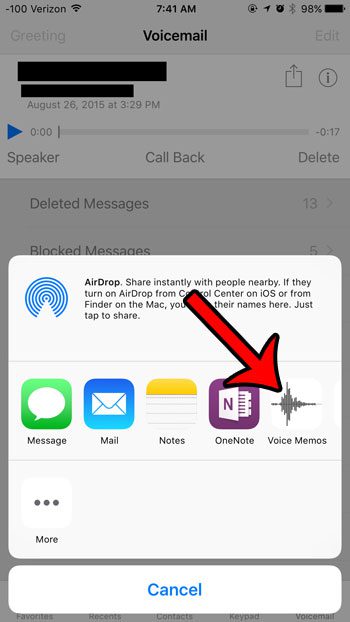 You can then open the Voice Memos app to view and listen to the voicemail. 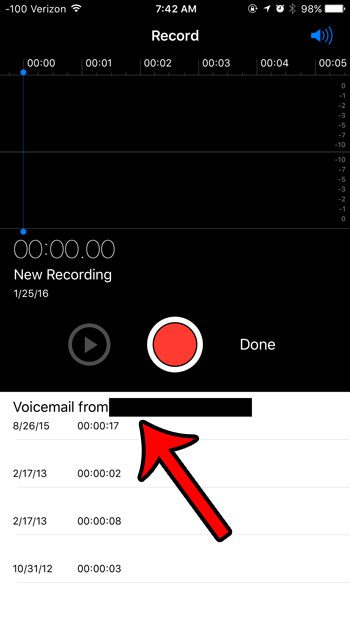 Is there someone that is calling you a lot, and you would prefer not to see any phone calls, text messages, or FaceTime calls from them anymore? Learn how to block a contact in iOS 9 so that you are not notified about their attempts to contact you.