Fortunately the iPhone’s Voice Memos app has sharing capabilities built in, including an option to share your voice memos through the Messages app. So continue reading below and find out how you can take advantage of this feature.

Sending a Voice Memo Through the Messages App on an iPhone

The steps in this article were performed on an iPhone 6 Plus, in iOS 8.4. Steps may vary for iPhone users with different versions of iOS.

Additionally, voice memo recordings can be somewhat large if the length of the recording is more than a few seconds. If you are sending the voice memo over a cellular network, then it may take a while, and may consume a large amount of cellular data. 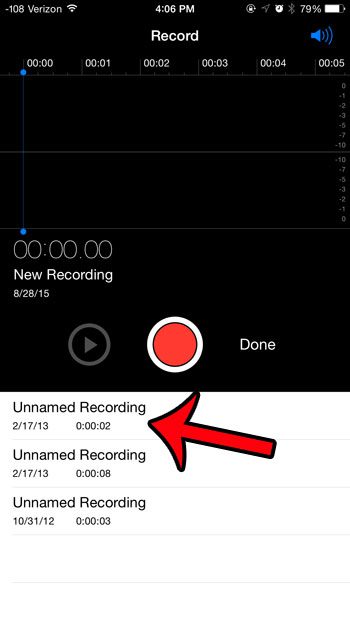 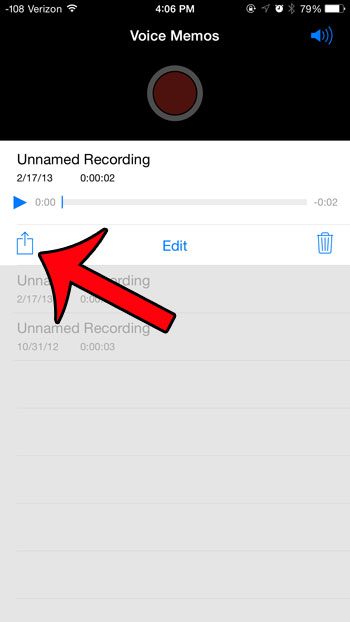 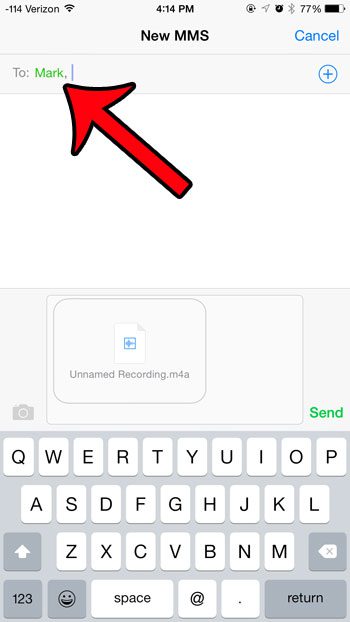 Do you have a lot of voice memos recorded on your iPhone, and they are starting to use up a considerable amount of storage space? Click here to learn how to delete them from the device.