One of the features on the iPad 2 is a clock app that includes an alarm option. You can configure iPad alarms to go off at any time during the day, and you can elect to have the alarm repeat on certain days.

But if you have an existing alarm that is going off at the wrong time, then you will need to change the time on that alarm. Fortunately this is a short process that you can accomplish with the steps below.

Adjust Alarm Time on an iPad

Step 1: Open the Clock app on the iPad. 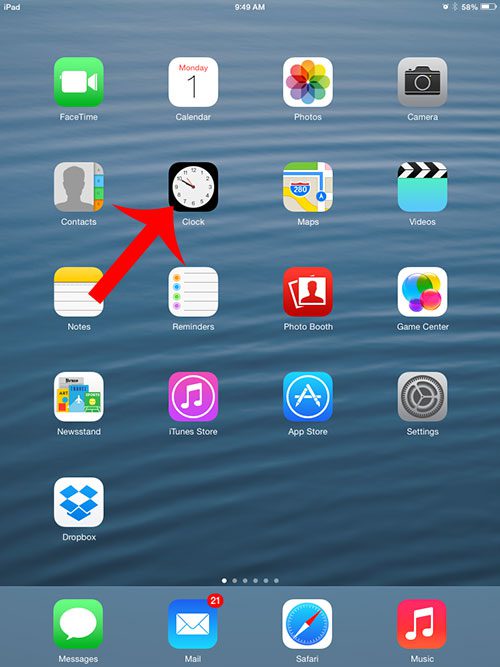 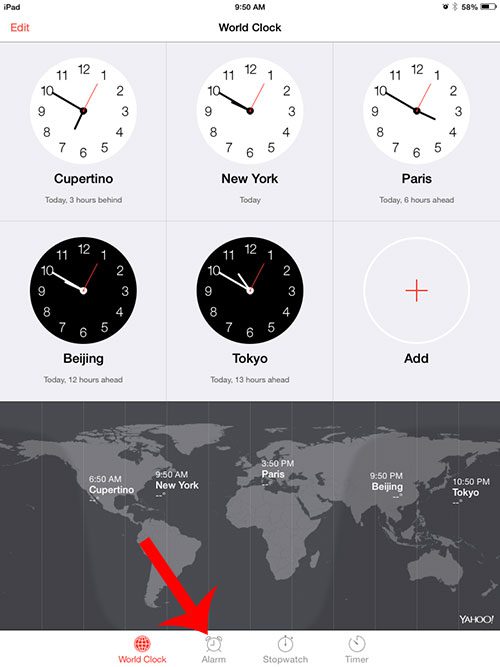 Step 3: Touch the Edit button at the top-left corner of the screen. 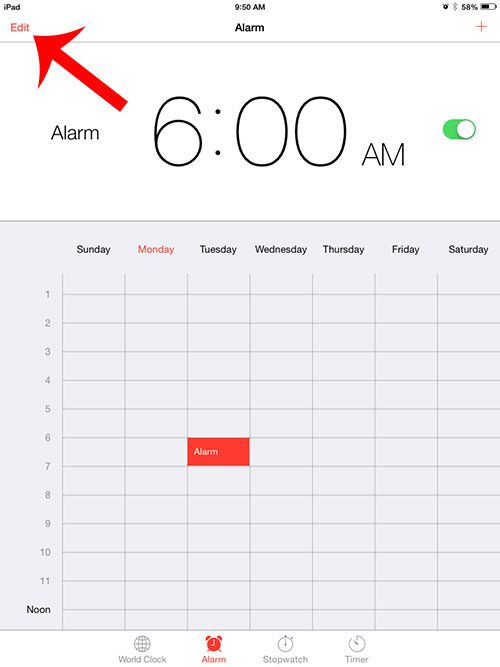 Step 4: Select the alarm that you want to edit. 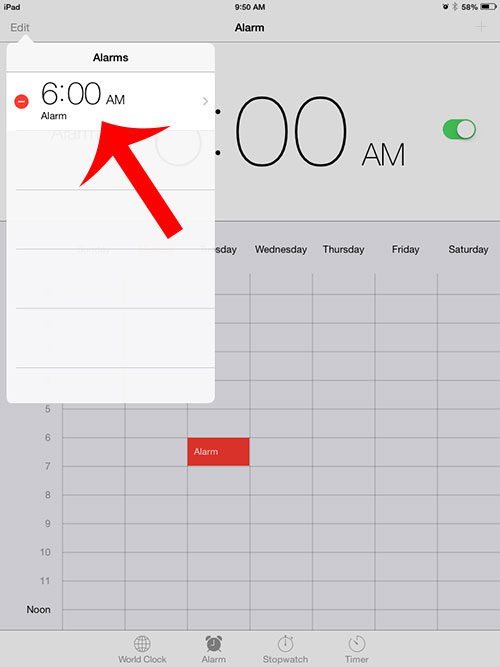 Step 5: Adjust the alarm time using the wheel at the top of the Edit Alarm window, then touch the Save button. 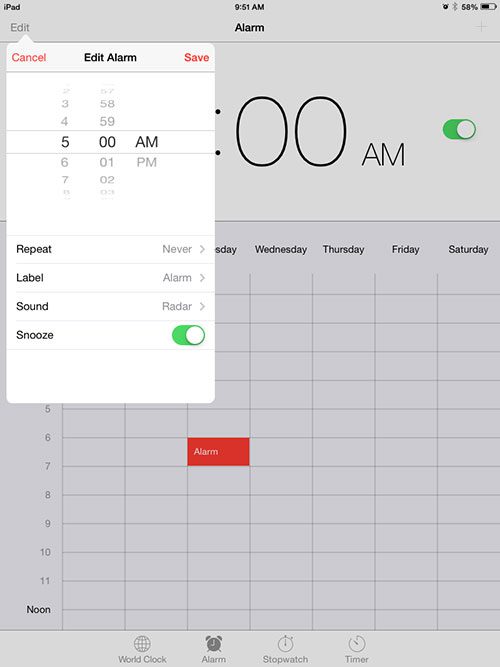 Do you have too many alarms on your iPad, and you need to start removing some of them? Delete an iPad alarm if you are not going to use it anymore.