We have previously written about how to set an alarm on the iPad, allowing you to use the device in a different capacity. But you might not need an alarm that you have created on the device, but it keeps going off at the time that you specify.

Fortunately you can delete alarms that you have created on your device and stop them from going off at inconvenient times. So follow our short guide below to learn how to delete an iPad alarm.

Deleting Alarms on the iPad in iOS 7

The steps below are specifically for deleting alarms on an iPad in iOS 7. If your screens look different than the images below, then you may be using a different version of iOS. Step 2: Touch the Alarm option at the bottom of the screen. 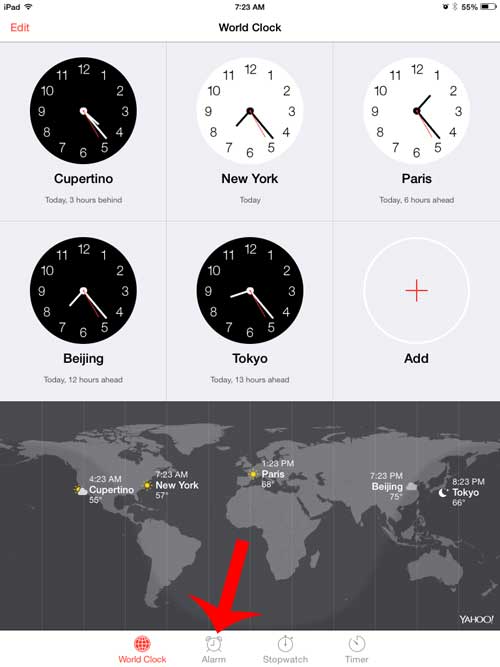 Step 3: Touch the Edit button at the top-left of the screen. 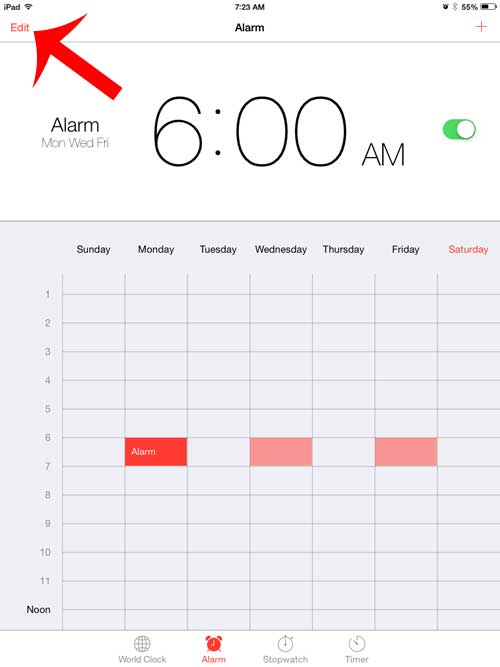 Step 4: Touch the red circle to the left of the alarm that you want to delete. 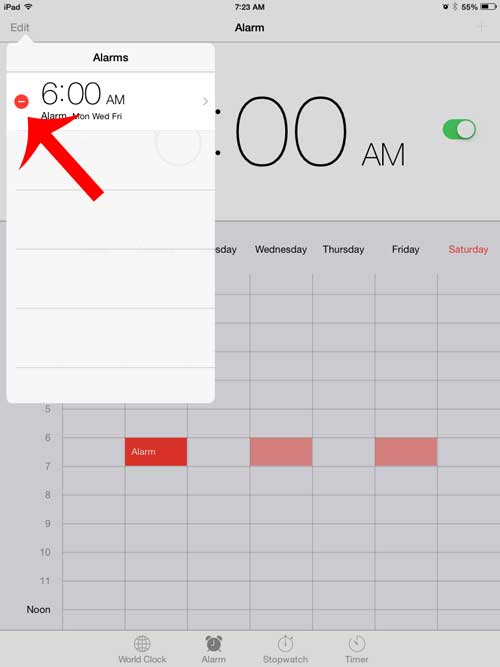 Step 5: Touch the Delete button to the right of the alarm to remove it from your device. You can set alarms on your iPhone, too. Learn how to set an alarm on your iPhone and start using your phone to wake you up in the morning. This is really helpful, especially when you are sleeping away from your home and a regular alarm clock.