A lot of people can speak more than one language, which makes it important for any popular device to have the ability to type in more than one language. The iPhone includes a number of pre-installed keyboards, but not all of them are active the first time you turn on your device. Additional keyboards need to be added, then they can be accessed through the keyboard itself.

But if you have already added a keyboard on your iPhone, then you might be wondering how to go about actually using it. Fortunately it is through a method that can be accomplished in just a few steps by following our tutorial below.

Switching Between Keyboards in iOS 8 on an iPhone 6

Step 1: Open an app that uses a keyboard, such as Messages or Notes. 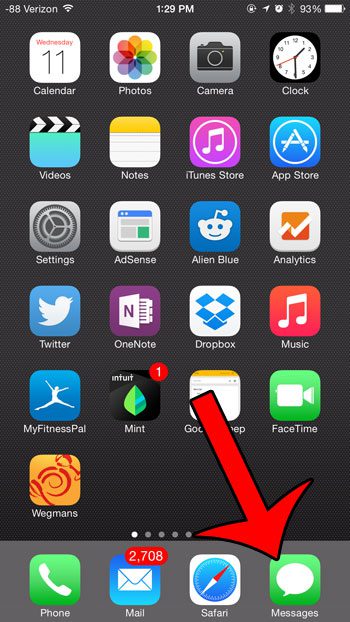 Step 2: Tap the globe button to the left of the space bar. This will cause the keyboard to switch to the other one that has been added. 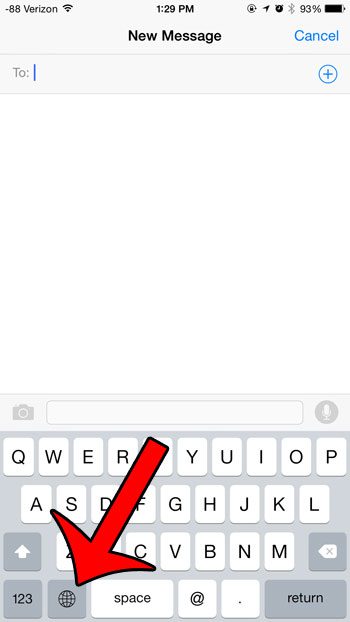 If you have added more than two keyboards on your iPhone, then you can press the globe button again to switch to the other option. Alternatively, you can tap and hold the globe icon, then select the desired keyboard from the list. 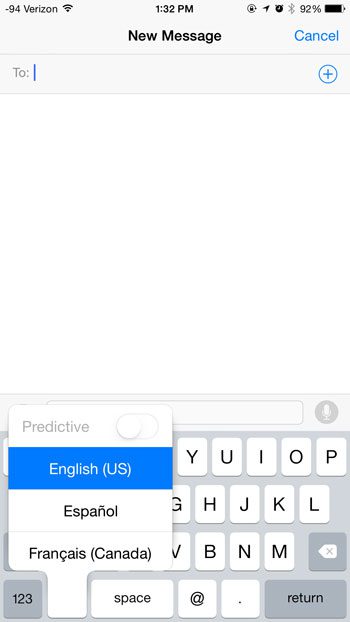 Have you added an incorrect keyboard, or is there a keyboard that you no longer need? Read this guide and learn how to delete a keyboard from your iPhone.