If you have ever had to use the calculator on your Marshmallow phone for school, or for more advanced mathematical purposes, then the lack of buttons may have caused some problems. Perhaps you went out and bought a calculator, or maybe you downloaded a third-party app.

But the calculator in Android Marshmallow actually has some more options, although they aren’t visible if you are using the app in the portrait orientation. By rotating the screen to landscape you can change the layout of the calculator, which includes providing some additional buttons and features. Our tutorial below will show you how to do this.

The steps in this article were performed on a Samsung Galaxy On5 in the Android Marshmallow operating system. we will show you in the guide below how to gain access to some advanced options on your device’s calculator, such as square roots, pi, sin, cos, tan, and more. 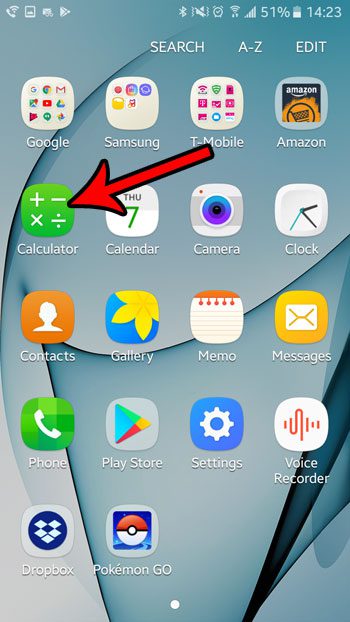 Step 3: Turn the phone to the landscape orientation to rotate the screen 90 degrees and reveal the additional calculator buttons. 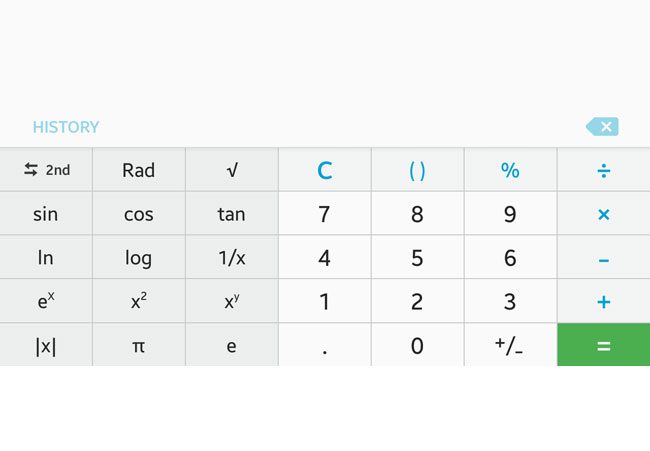