Several social media and image editing apps on the iPhone allow you to draw on your pictures. This can be a fun way to modify pictures and share them with friends or family, but you might have situations where you would like to draw on your iPhone pictures without using one of those third-party methods. Fortunately your iPhone 7 in iOS 10 has a feature in the Photos app called “Markup” that will let you do this.

The steps below were performed on an iPhone 7 Plus, in iOS 10. This feature is available for other iPhone models using the iOS 10 operating system as well. 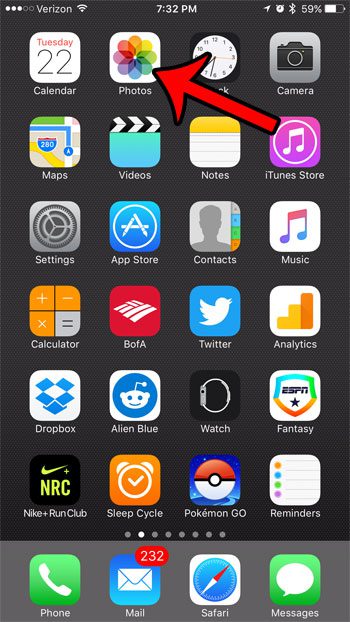 Step 2: Select the album containing the picture on which you would like to draw. 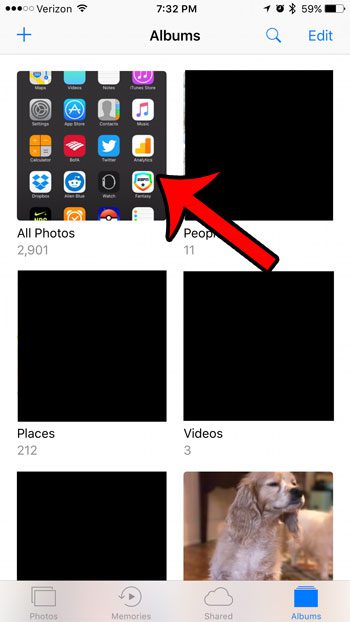 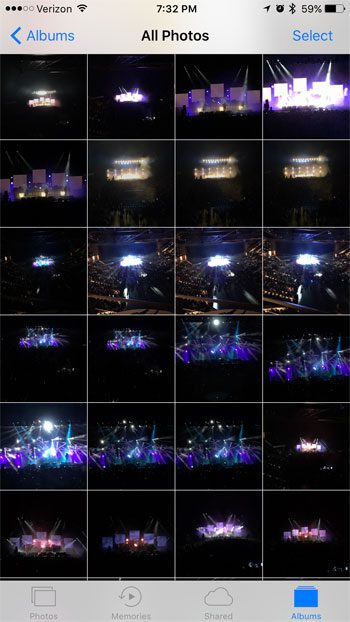 Step 4: Tap the Adjustments icon at the bottom of the screen. It’s the icon that looks like three lines with circles on them.

Step 5: Tap the circle with the three dots inside of it at the bottom of the screen.

Step 7: Select the ink color that you would like to use to draw on the picture, then tap the icon that looks like three horizontal lines.

Step 8: Select the brush stroke size that you would like to use to draw on the picture.

Step 9: Draw on the picture, then tap the Done button at the top-right corner of the screen. 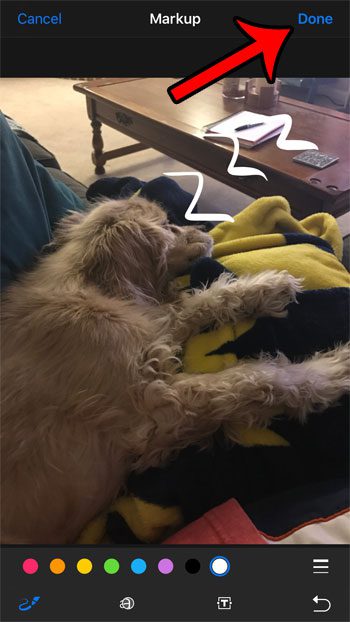 Step 10: Tap the Done button at the bottom-right corner of the screen to save your changes.

Are your pictures taking up a lot of space on your iPhone, and you would like an easy way to back them up somewhere so that you can delete them? Learn how to upload pictures to Dropbox automatically for a simple and convenient solution to this problem.