Excel can be used in a lot of different ways, but perhaps one of the most common uses is generating reports that include monetary values. In many ways this data is similar to normal numbers, but a person that is viewing your spreadsheet might prefer to see a $ symbol in front of data that is a monetary amount. Fortunately you can format your cells in Excel 2010 to have this symbol be automatically entered in front of the values that you enter by formatting your cells as currency.

Include a $ Symbol When Entering Numbers in Excel 2010

This tutorial is going to focus on formatting a specific column of data as currency values. You can, however, select a row number or a specific group of cells that you want to format instead of selecting an entire column, as we will be doing in the steps below. 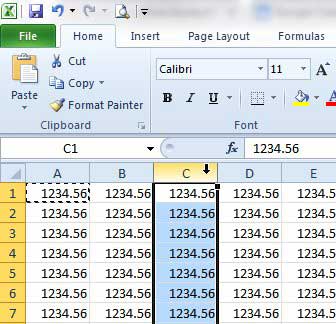 Step 3: Right-click on the column letter, then click Format Cells. 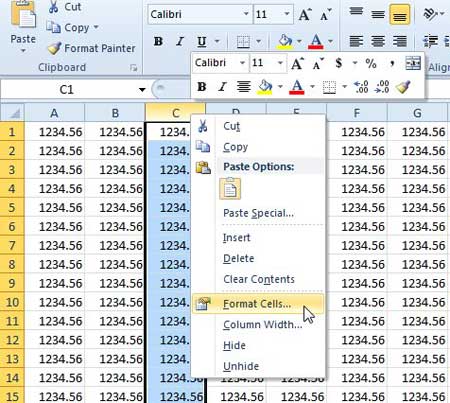 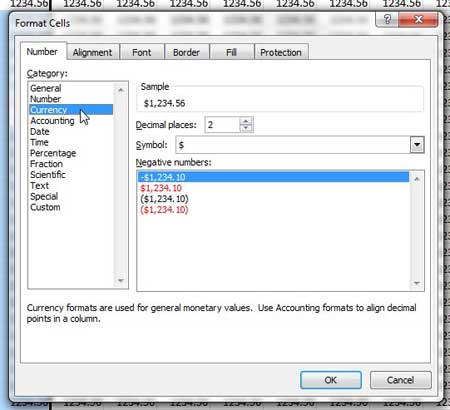 You will notice that the previously selected cells will now be formatted with a $ symbol in front of the numerical values. 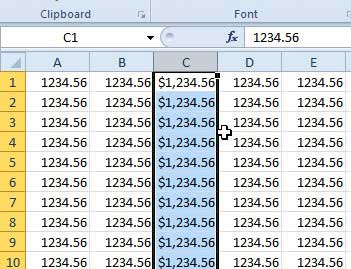 Do you need to print your spreadsheet, but you are having trouble getting it to print on one page? Learn how to automatically fit all of your columns on one page in Excel 2010.