Pictures that you add to a Microsoft Word 2010 document can be helpful when you are writing a report that needs some visual emphasis to get its’ point across. But if you don’t have an image editing program or aren’t familiar with using one, then you might be having trouble making changes to a picture on your computer. Fortunately you can do some minor picture editing directly within Microsoft Word 2010, such as adding text to a picture. This is a simple way to add some additional information to the image and give it more relevance to the rest of the document.

Put Words on an Image in Microsoft Word 2010

Note that we are going to be adding text directly on top of the image in Word. You can also add image captions in Word 2010, but that is different than the tutorial that we will be providing below.

Step 2: Click the Insert tab at the top of the window. 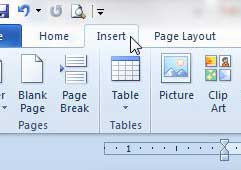 Step 3: Click Text Box in the Text section of the ribbon at the top of the window, then select the style of text box that you want to add to the picture. 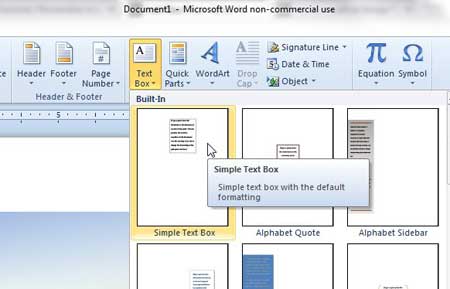 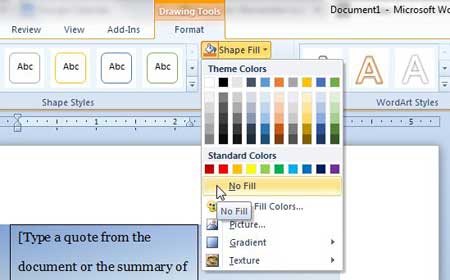 Step 5: Use the handles on the corners and sides of the text box to adjust the shape of the box. You can also click on the border of the text box to drag it to a different location on the image. Once the text box is appropriately sized and positioned, click inside of it to add your text. 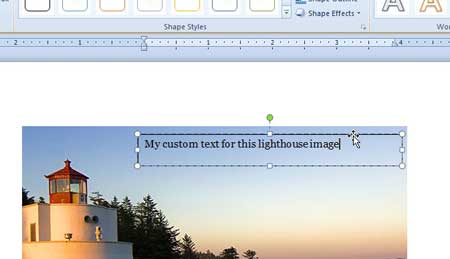 There are a lot of other ways that you can customize a picture in Word 2010 as well. For example, you can add a drop shadow to an image to give it a little style.