You can do a lot more with your iPhone than simply making phone calls or typing text messages. One of the most common things to do is read and write emails, but it can be difficult to remember everyone’s email address. Fortunately you can add someone’s email address to their contact information on your phone, allowing you to quickly generate emails to them. It also allows you to start filtering emails from your contacts so that you can separate important personal emails from the spam, newsletters and advertisements that generate the bulk of our email trash.

Adding an Email Address to a Contact in iOS 7

Note that this tutorial is specifically for phones that have upgraded to iOS 7. The process is similar for earlier versions of iOS, but there are some slight differences, and the screenshots shown below will differ from what you see if you are using an earlier version of iOS. You can read this article to learn how to upgrade to iOS 7. 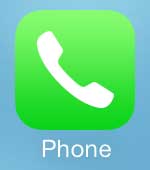 Step 2: Touch the Contacts option at the bottom of the screen.

Step 3: Select the contact to which you want to add an email address. 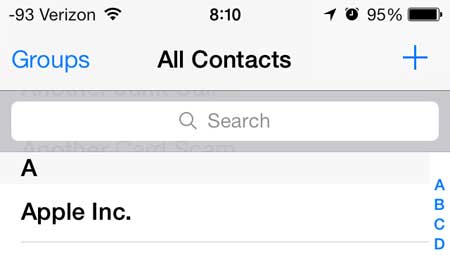 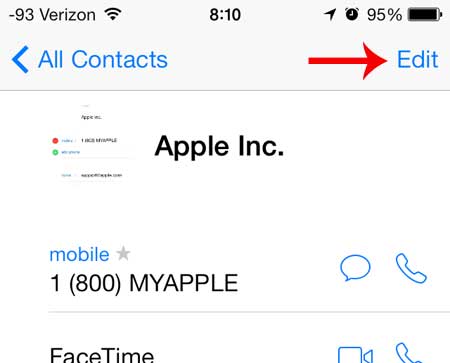 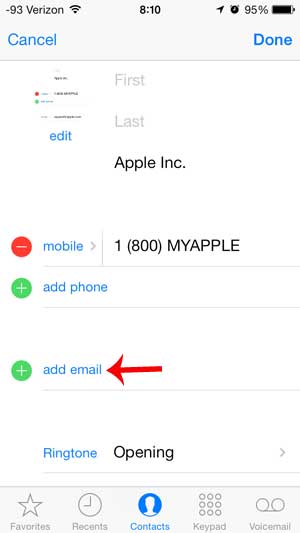 Step 6: Type the email address into the field, then touch the Done button at the top-right corner of the screen. 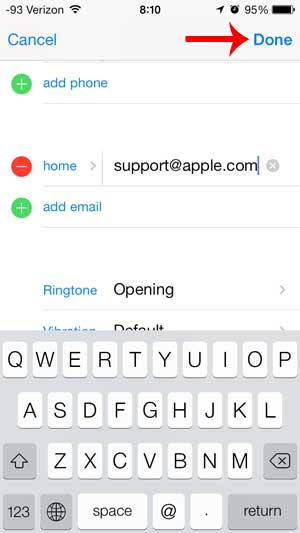 If you want to be able to see emails from only certain people in one convenient location, then learn how to add a contact to your VIP inbox on the iPhone.