Your iPad, like an iPhone, likely prompted you to set up a passcode when you updated the device to iOS 7. It is a helpful security feature to have in place if your iPad is ever stolen, or if there is someone that you do not want to be able to use your iPad.

But the passcode adds an extra step in the process of unlocking your device, which can be a bit of a hassle if you find that you are unlocking the device a lot. While this passcode is a helpful security measure, it is not required for you to use your iPad, and you can turn off the passcode on your iPad if you decide that you no longer wish to have it.

Disable the Passcode in iOS 7 on an iPad 2

The method below was performed in iOS 7 on an iPad 2. There was a software update in March 2014 that moved the Passcode to its’ own section in the Settings menu, which is where we will be directing you to below. However, if you have not installed this update, and thus do not see the Passcode option, then the Passcode menu will instead be located under General > Passcode instead.

You will need to know the passcode that is currently set on the iPad in order to be able to disable it using the steps below. 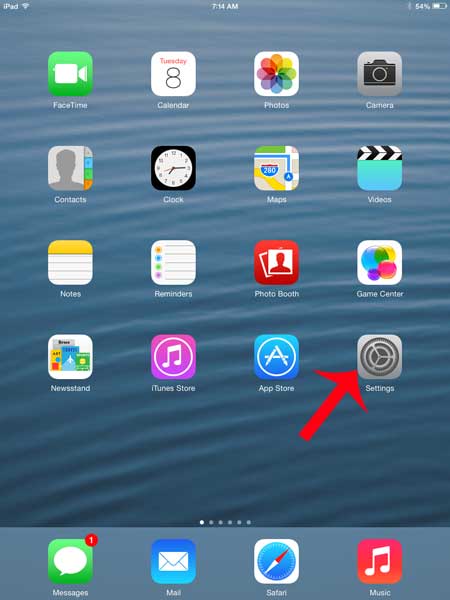 Step 2: Select Passcode from the column at the left side of the screen. 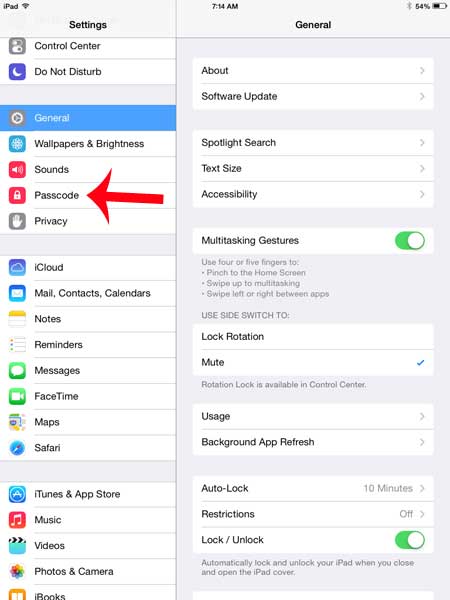 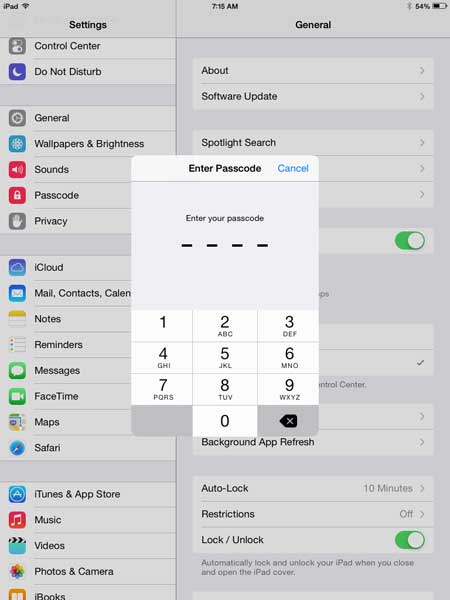 Step 4: Touch the Turn Passcode Off button at the top of the screen. 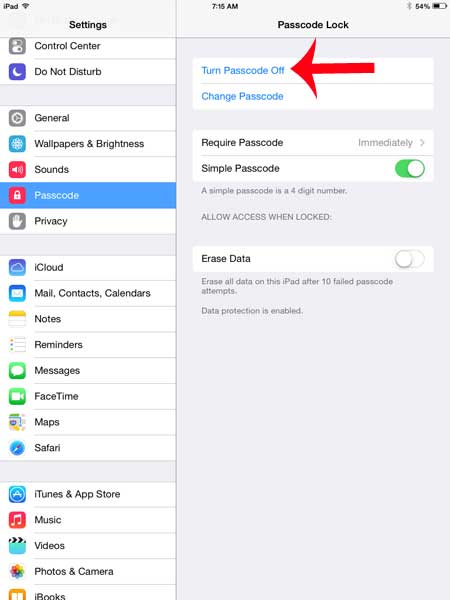 Step 5: Touch the Turn Off button to confirm that you want to disable your iPad’s passcode. 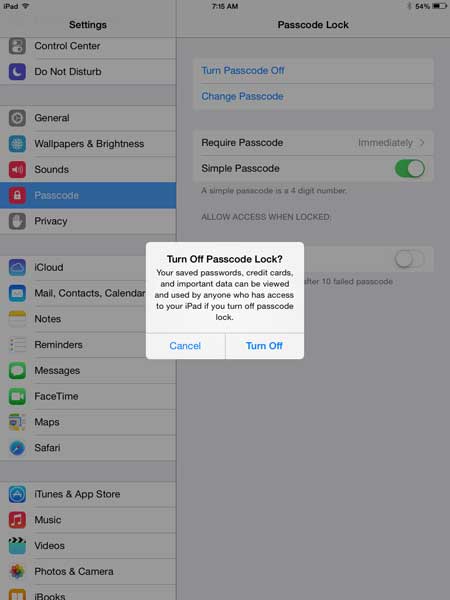 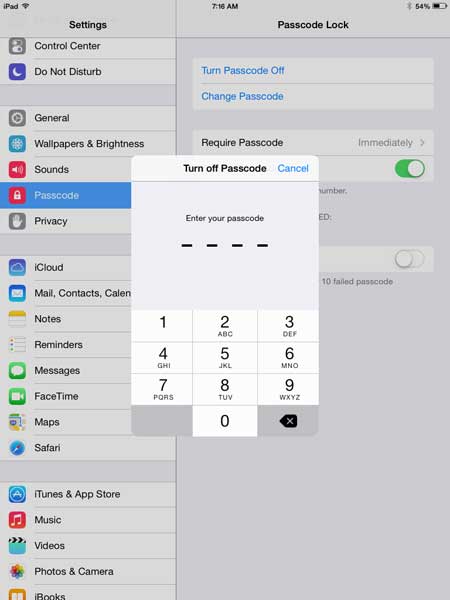 Step 7: Select what you want to do with any passwords that have been saved by Safari AutoFill. 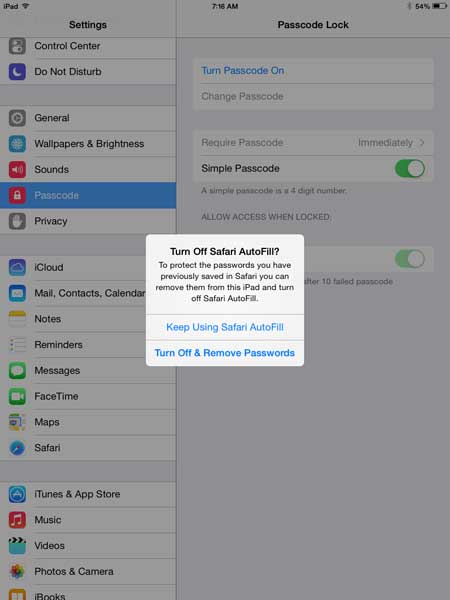 You can also turn off the passcode on your iPhone as well.