When you updated your iPad to the iOS 9 operating system, there was a step that asked you to create a passcode. This is a security measure that makes it more difficult for a thief, or any unwanted person with access to your iPad, from being able to view your personal information.

But entering the passcode can be a bit of a hassle, and you may prefer to simply wake the device and unlock it by swiping to the right on the screen. Fortunately you are not required to have a passcode on your iPad, and our guide below will show you where to go to remove the iPad passcode in iOS 9.

Disable the Passcode on an iPad in iOS 9

The steps in this article were performed on an iPad 2, in iOS 9. These same steps will work for other iPad models using iOS 7 or higher. 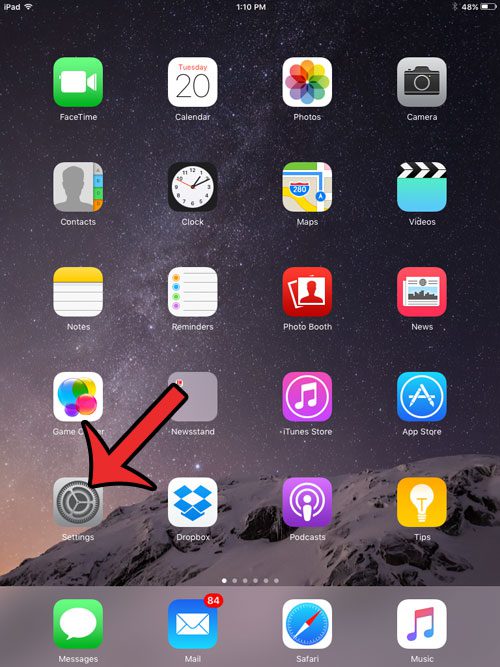 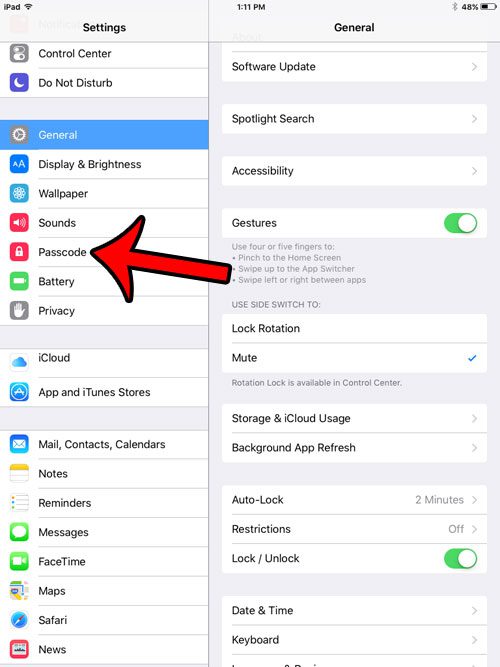 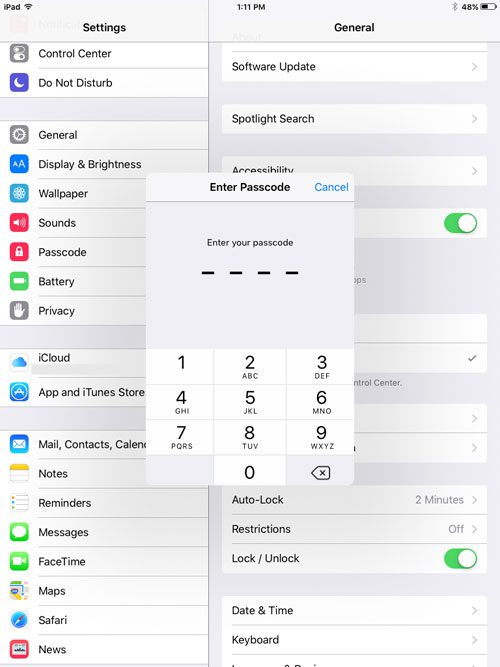 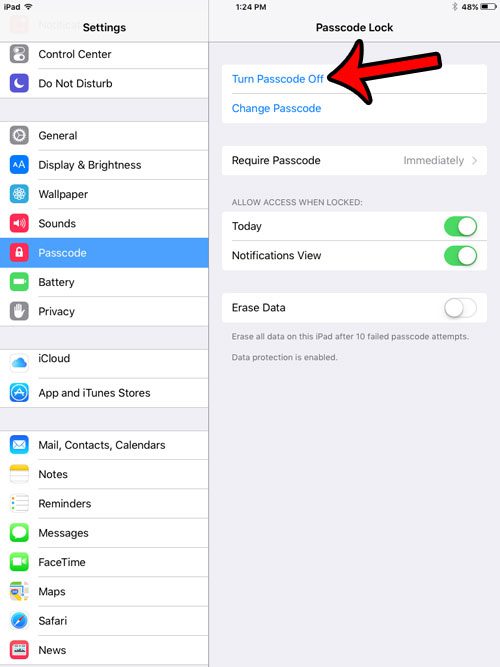 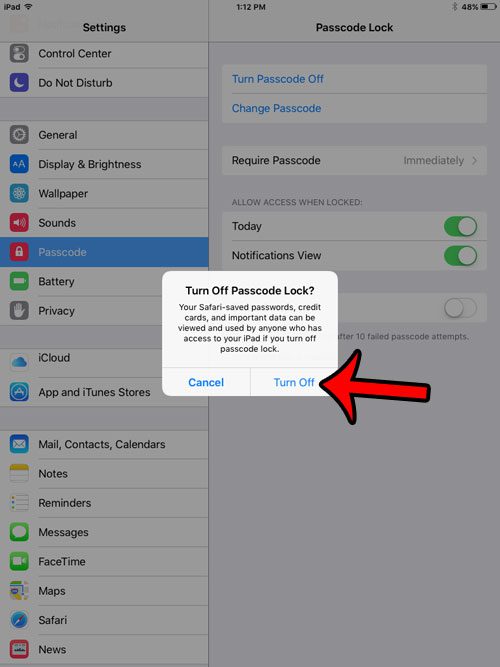 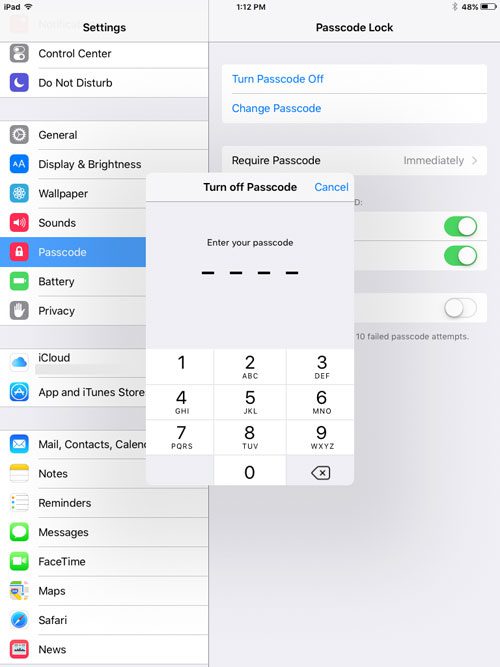 You will now be able to unlock your iPad by simply swiping to the right on the screen.

Did you know that the side switch on your iPad 2 can be used to either lock the rotation of your screen or mute the device? This can be very helpful if you use one of those options more than the other and would like to have an easier way to modify the setting.