Once your iPhone has been updated to iOS 8.1 you gain access to a new feature called the iCloud Photo Library. This is an interesting new addition that provides a centralized way for you to view all of your photos on all of your devices.

If you have decided that you want to start using the iCloud Photo Library, then there are a couple of things to be aware of. The first is that the iCloud Photo Library counts against your iCloud storage. If you take a lot of pictures and have a large iCloud backup, then this could result in a lack of space for all of the pictures on your device. Another thing to be aware of is that your Camera Roll and My Photo Stream albums will be replaced by an All Photos album.

This article was written using an iPhone 6 Plus in iOS 8.1.3. At the time of this writing, this feature was still in beta mode.

For additional information regarding the iCloud Photo Library feature, check out this FAQ from Apple. 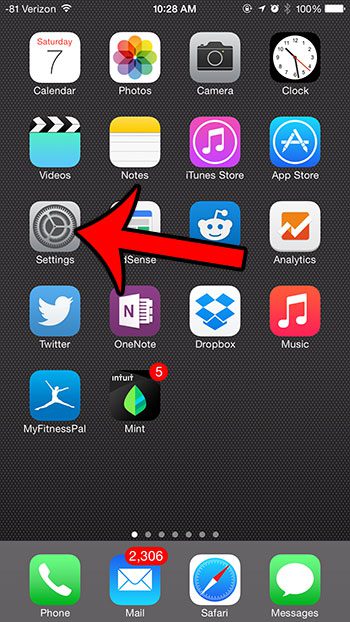 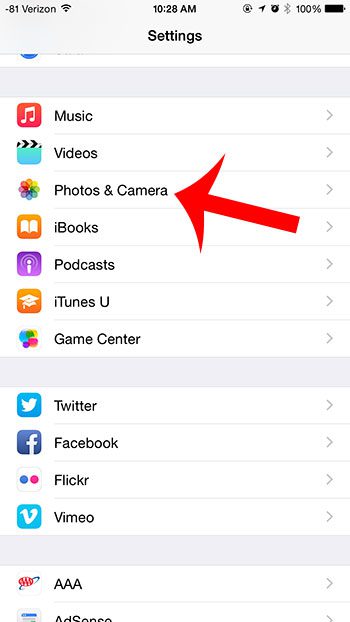 Step 3: Tap the button to the right of iCloud Photo Library to turn the feature on. You will know that it is turned on when you can see green shading around the button, as in the image below. 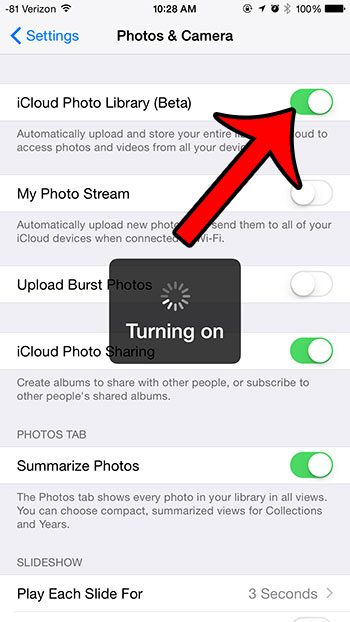 Are you running out of space in iCloud and don’t want to pay for additional storage? Learn how to reduce the size of your iCloud backup by removing certain items from the backup.