The flash on a camera is often helpful when taking pictures in less-than-ideal lighting situations. But your camera might decide to use the flash in a situation where you would prefer not to, which is problematic when the flash setting on your iPhone’s camera is set to “Auto.”

This is something that you can adjust manually, however. The iPhone camera in iOS 7 has three different options for flash, which are “Auto,” “On,” and “Off.” Out tutorial below will teach you how to change this setting so that you are using the “Off” option, which will allow you to take pictures without using a flash.

No Flash on the iPhone Camera in iOS 7

The instructions below were performed on an iPhone using the iOS 7 operating system. If your camera looks different, then you are probably using an earlier version of iOS. This article will teach you how to disable the camera flash in iOS 6. You can read here to learn about updating to iOS 7. 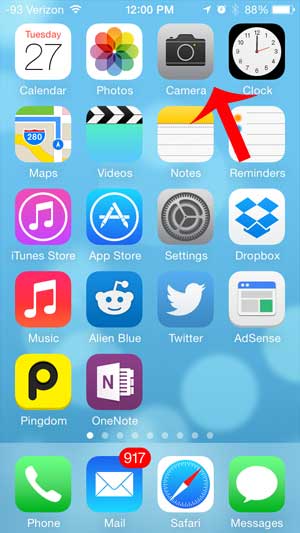 Step 2: Touch the Auto option at the top-left of the screen. If you do not see this option, simply touch the screen anywhere to make the camera options appear. 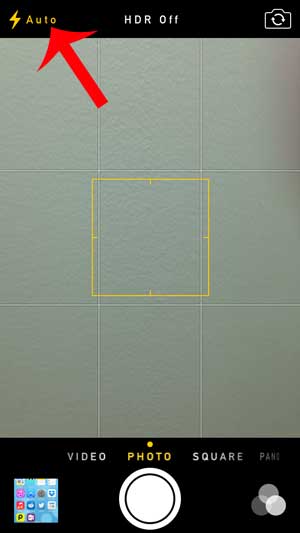 Step 3: Select the Off option. 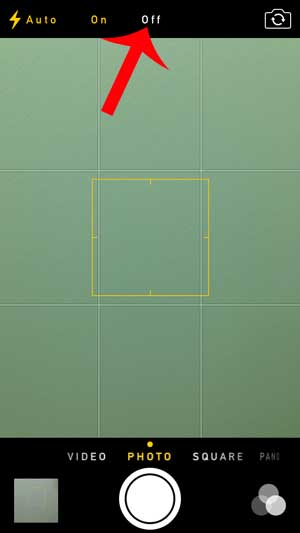 Your Camera screen should now look similar to the image below, which means that your pictures will not be using a flash until you change the setting to either Auto or On.

Do you know someone whose iPhone flash blinks when they receive a new alert for a text message, and you want to have that feature on your iPhone? This article will show you the steps needed to enable it on your own iPhone.