iOS 7 includes a lot of great new features, including one that will automatically update all of your apps. For people that often had dozens of app updates that needed to be installed, this is a very convenient feature. But if you like to have manual control of your app updates, such as for updates that take away functionality, or are problematic, then you will want to read below to learn how to turn off the automatic app update feature on your iPhone 5.

Do you have a Netflix account? If you want a simple, affordable way to watch Netflix streaming videos on your TV, then check out the Roku 1.

You will notice below that there are two different options in the Automatic Downloads section that could seem like they are the same. There is an Apps option and an Updates option. You want to turn off the Updates option. The Apps option will automatically download apps that you have purchased on another device, such as your computer or iPad.

Step 2: Scroll down and select the iTunes and App Store option. 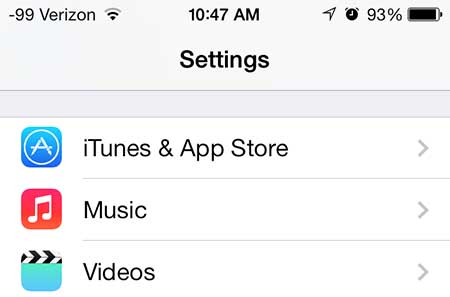 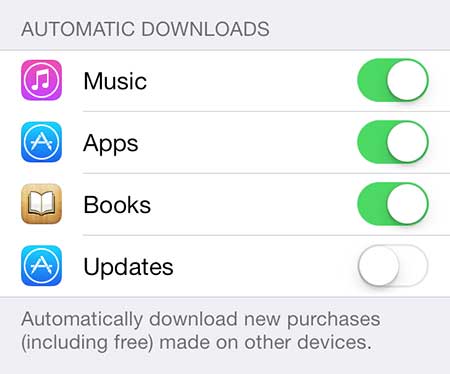 If you’ve been thinking about purchasing an iPad Mini but were holding off because of the price, then now might be the best time to pick one up. The newest generation of iPad Minis was just announced, so the prices for the first generation have been lowered. Click here to check out the new pricing.

One other exciting new feature of iOS 7 is the ability to block callers. Click here to learn how.