The pictures that you take with the camera on your Android Marshmallow phone can have a fairly high resolution. The exact resolution options will vary depending on your phone’s camera, but they are typically higher resolutions than the HD resolutions you get on a 1080p TV, and some may even be able to take pictures that rival 4K image resolution.

But these high-resolution pictures can take up a lot of storage space, which can be at a premium depending on the amount of storage you have available to you. If you don’t particularly need images with incredibly high resolutions, then follow our tutorial below and see how you can reduce the file size of the pictures you take with your camera.

How to Reduce File Size of Marshmallow Camera Images

The steps in this article were performed on a Samsung Galaxy On5 in the Android Marshmallow operating system. Note that lowering the file size of your pictures in this manner will also reduce their resolution. This will not affect any previous pictures that you have taken with the camera. 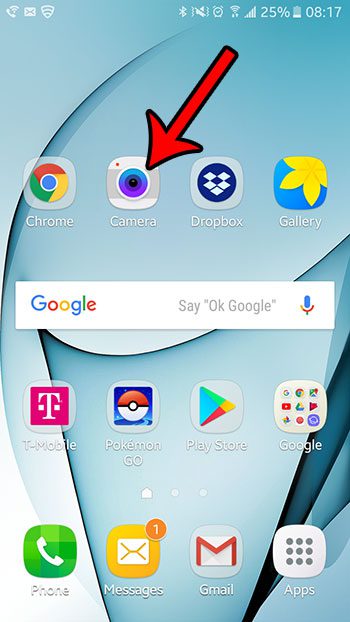 Step 2: Touch the resolution button at the top of the screen. In the picture below it says 4:3 5.0M, but it may say something different on your phone if the current resolution setting is different. 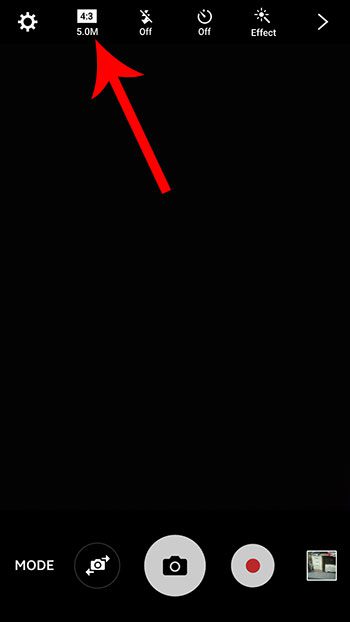 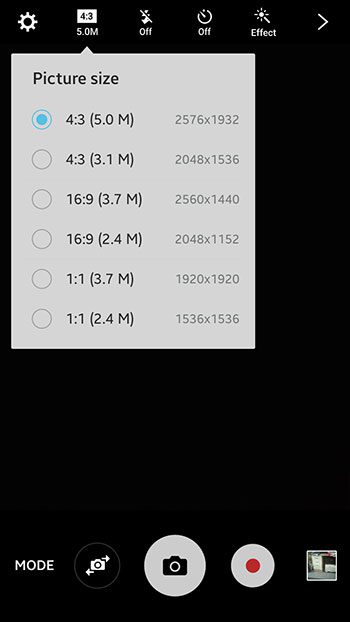 You can also take pictures of the screen on your Marshmallow phone. Find out how to take a screenshot in Android Marshmallow and start sharing images of your phone screen with your friends and family.