iPads are great devices for families, but they can be a little expensive to buy one for everybody. So a lot of people will share one iPad. But you need to be signed into an Apple ID in order to make purchases in iTunes or download apps, which means that someone is going to be paying for these things. If it’s your Apple ID and you are making the purchases then you probably don’t mind, but you want to be able to configure the iPad so that others can’t make purchases on your account. An easy way to do this is to have separate Apple IDs, and sign in and out of the correct ones when you make purchases.

If you have decided to purchase another iPad, then there are a number of different generations available at Amazon, and older generations can typically be purchased for much less than the newest ones. Click here to see Amazon’s selection.

Signing Out of an Apple ID on an iPad

Note that when you sign out of an Apple ID, anything that requires it cannot be used. However, apps that use separate accounts on the device, will remain signed in. For example, if you have a Twitter app on your phone, signing out of an Apple ID will not sign you out of your Twitter account. So with that in mind, follow the steps below to learn how to sign in and out of an Apple ID on your iPad.

Step 2: Select the iTunes and App Store option in the column at the left side of the screen. Step 3: Touch the Apple ID button at the top of the screen. It will be displaying the Apple ID that is currently signed in. 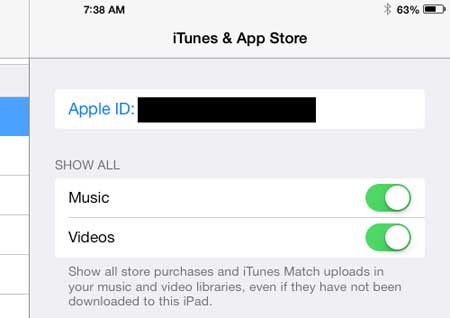 Step 4: Touch the Sign Out button at the center of the screen. 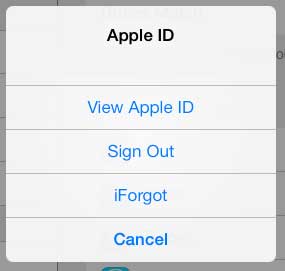 A Mac Mini is a great solution when you need a new Mac computer for your home, but you don’t want to spend the money on a MacBook Pro. Find out more about the Mac Mini here.

We have also written about how to sign out of an Apple ID on an iPhone 5 as well.