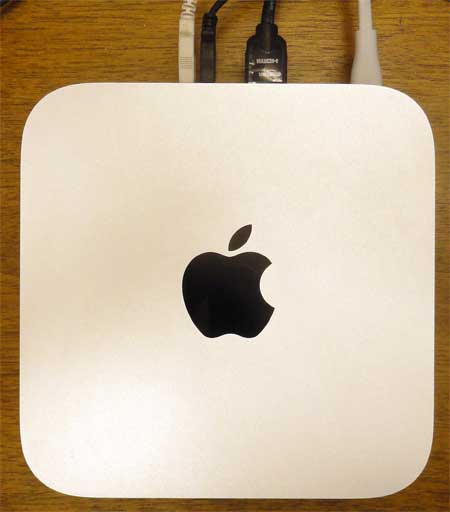 Apple offers a number of different computers targeted at the typical home user. These vary from the MacBook Air and the MacBook Pro, their laptop models, to desktop options like the iMac and the Mac Mini. The MacBook Air, MacBook Pro and iMac are all pretty self-explanatory when you look at them, but the Mac Mini can be a bit of a mystery if you have never seen one in person.

The Mac Mini is, basically, a desktop computer with a small form factor. However, unlike other desktop computers that you might buy, it doesn’t come with any additional accessories. You are going to need to use your own mouse, keyboard and monitor, or you can purchase them separately when you buy the Mac Mini.

What makes the Mac Mini so appealing is that a lot of people already have these items around their house and, as long as they are still working, they can simply be re-purposed to use with the Mac Mini. This makes the Mac Mini an ideal choice if you are replacing an outdated desktop computer, but you still have a working monitor, keyboard and mouse.

The Mac Mini weighs about 2.7 lbs, which is less than all but the lightest laptop computers. It also measures about 7.7 inches on each side, and sits about 1.4 inches tall. This is a very small computer, and it will fit easily into any desktop setup. As you can see from the picture above, it also has a good compliment of ports, as well as offering Wi-Fi and Bluetooth connections.

I like my Mac Mini because it is small, sleek-looking and fast. Its’ small size also makes it very easy to move and re-position around your house, and the Wi-Fi connection means that you won’t need to worry about staying within range of your wired router. And if you decide that you want to use it as a media server, or you want to use it as a computer that is connected to your TV, then you won’t need to make room near your television for a large desktop tower. If you are familiar with the Mac OS X operating system, then you will have no problem starting to use this after the initial setup. If you are not familiar with Mac computers, then you will find that they are pretty easy to learn, and you will start to find things about it that you prefer to Windows options.

It’s also worth noting that you don’t need to have an Apple branded keyboard or mouse to use with the Mac Mini. I am using an old Dell keyboard and mouse from a Windows Dell computer that I purchased five years ago, and I am using the HDMI-out port on the back of it to connect to a Asus monitor that I bought off of Amazon (this monitor, if you’re curious).

If you’re considering a new computer for your home and aren’t set on getting a laptop, then the Mac Mini is a great choice. There are very affordable Mac Mini models available for sale (like this one) that are excellent computers.

One issue that I did run into when using a Windows keyboard was the Command/Ctrl key. You can read this article to learn how to make the necessary adjustment so that it isn’t a problem. It’s a very simple fix.