If you have a picture on your device that is in the wrong orientation, then you will need to know how to rotate a picture on the iPhone. There are some editing tools available in iOS 7 that allow you to perform some common edits, such as cropping a picture, and the ability to rotate an image can provide you with another way to ensure that your picture is displaying as you want.

Following the steps in this article will help you to find the picture editing tools that are included as part of the Photos app on the iPhone, and you will be able to see all of the options that are available to you in order to make changes to any picture that you have saved to your Camera Roll.

Rotate a Picture on the iPhone

This article is going to direct you to the Edit menu for your picture, and will show you how to rotate and save a picture. Note that this will override the original image, and will be replaced with the new, rotated version of it. 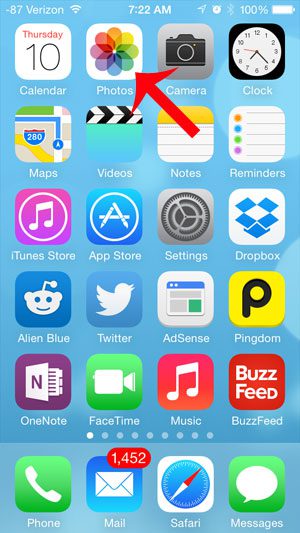 Step 2: Select the Camera Roll or other album where your target image is stored. 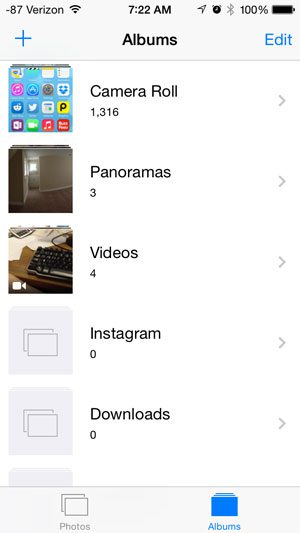 Step 3: Select the picture that you want to rotate. 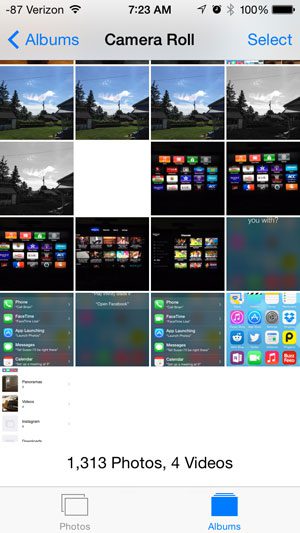 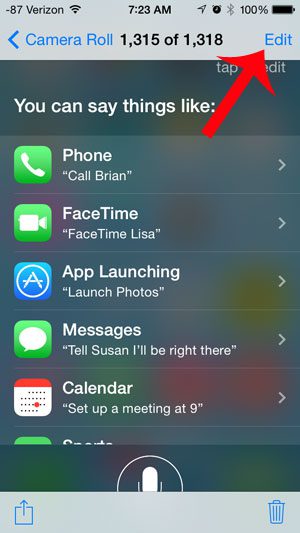 Step 5: Touch the Rotate icon at the bottom-left corner of the screen. You can press this button multiple times until the picture is rotated to your desired orientation. 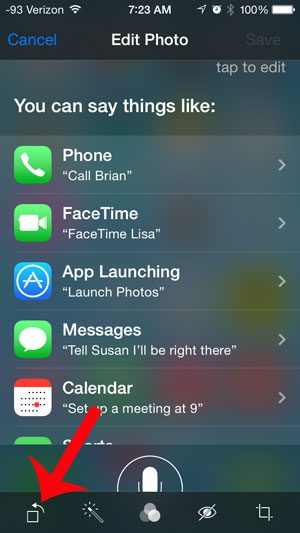 Step 6: Touch the Save button at the top-right corner of the screen to save the rotated version of the image. 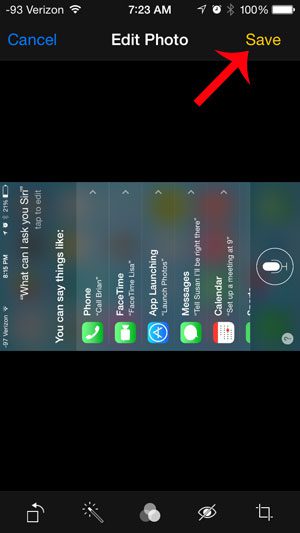 Do you want to apply a different look to a picture, such as making it black and white? This article will show you how to apply a filter to your image that can give the image a completely different look.