Add a Filter to a Picture on the iPhone 5

The option to add a filter to your iPhone pictures is only available on devices that have been updated to iOS 7. If your phone looks different than the screenshots below, then you may not have updated to iOS 7 yet, or your device might not be compatible. You can learn more about iOS 7 compatibility here.

Adding a filter to one of your pictures will overwrite the original copy of the picture. If you still want to have a copy of the original picture, then you will need to email it to yourself or save it somewhere other than your Camera Roll before you follow the steps below to apply the photo filter. 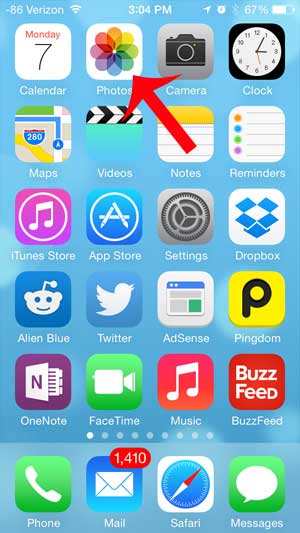 Step 2: Open the picture to which you want to apply the filter. 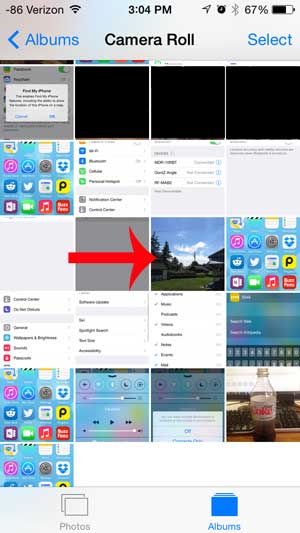 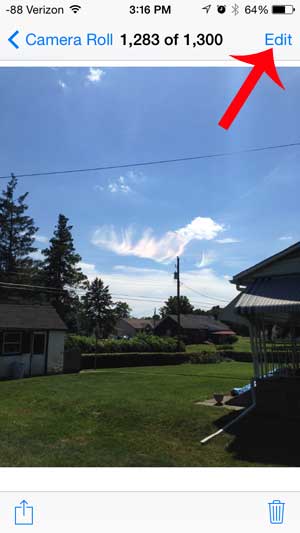 Step 4: Touch the icon with the three circles at the bottom of the screen. Step 5: Select the filter that you want to use. Note that there are more options available by swiping to the left on the row of thumbnails at the bottom of the screen. 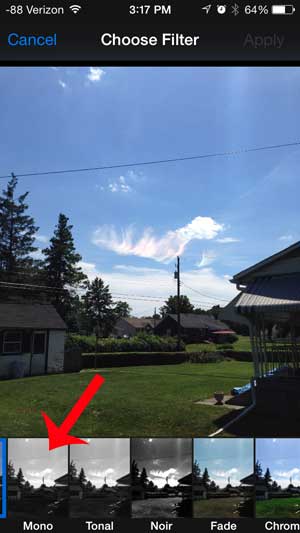 Step 6: Touch the Apply button at the top-right of the screen. 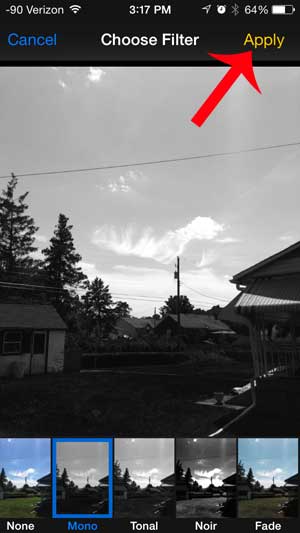 Step 7: Touch the Save button. 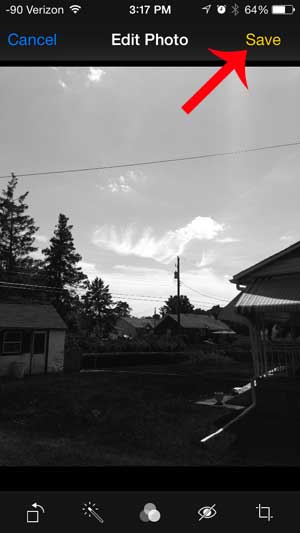 Your image is now saved to your Camera Roll with the filter that you just applied.

There are other picture editing tools available on the iPhone, including one that lets you crop your iPhone pictures. There is a lot that you can do to your pictures on an iPhone using the default tools, so it’s worth taking some time to experiment with them to see what you can achieve.