Correct orientation on pictures has long been a problem for anyone using a camera, and it’s a problem that is still present on mobile device cameras. Because of this issue, you may find pictures on your camera roll that do not have the correct orientation and need to be rotated. You might think that this requires you to export the picture from your iPad, but there are actually some basic image editing tools on your iPad that allow you to make adjustments like this. So if you want to rotate a picture directly from your iPad, you can follow the tutorial below.3

Check out this portable hard drive with cloud backups if you are looking for a simple, affordable way to create backups of your important files.

Rotating a Picture in iOS 7 on Your iPad

This article is specifically going to focus on rotating pictures on the iPad, but you will notice that there are some other tools available to you as well. So if you find that you need to make additional adjustments to other pictures, remember that you have these options available on the device.

Step 2: Select either the Albums or the Photos option at the bottom of the screen, depending upon how you want to find the image that needs to be rotated.

Step 3: Open the album containing the picture, if you chose to search by album.

Step 4: Touch the thumbnail image of the picture that you want to rotate. 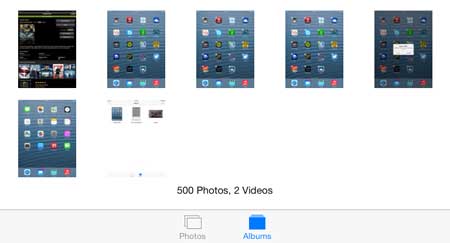 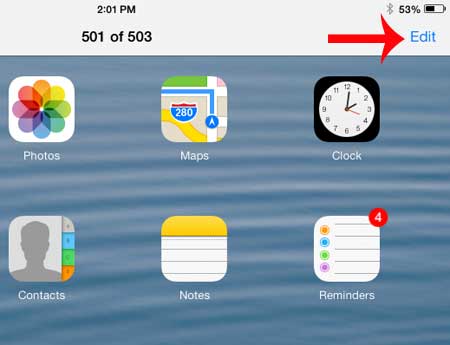 Step 6: Touch the Rotate button at the bottom-left corner of the screen. You might need to touch it more than once, depending upon how much you need to rotate the image. 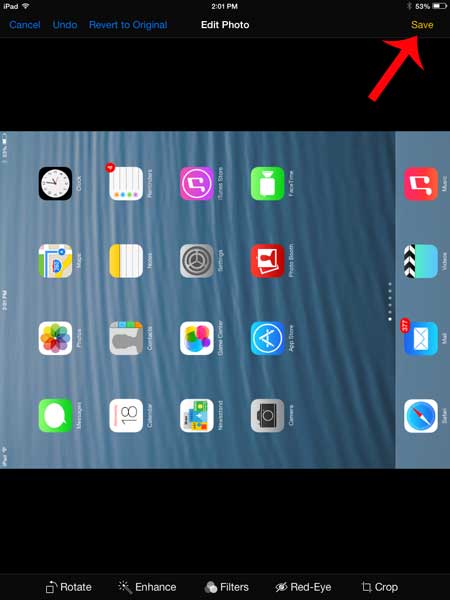 If you’re looking to buy another tablet but don’t want to spend the money for another iPad, then check out the Kindle Fire. It’s a fast, easy-to-use tablet that is much more friendly on your budget.

You can take pictures of your iPad screen if you want to share something on your screen that you can’t other wise save. Read this article to learn how to take an iPad screenshot.