The Home screen on your Samsung Galaxy On5 provides a convenient place for you to store the apps that you use on a regular basis. However, there is a limited amount of space on this screen, and there may be an old app, or a default app, that is taking up precious screen real estate that could be better used by one of your favorite apps.

Our guide below will show you how to remove an app icon from your Home screen in Android Marshmallow. This will not delete the app, but rather the Home screen icon, which is really more of a shortcut to the app.

The steps in this article were performed on a Samsung Galaxy On5, in the Android Marshmallow version of the operating system. These steps will only remove the app icon from the Home screen. This will not delete the app from the phone. Learn how to delete an app from an Android phone if you wish to uninstall the app and free up some additional storage space. Otherwise, continue below to remove an app from your Home screen.

Step 1: Find the app that you wish to remove from the Home screen. I am removing the Google Hangouts app in the steps below. 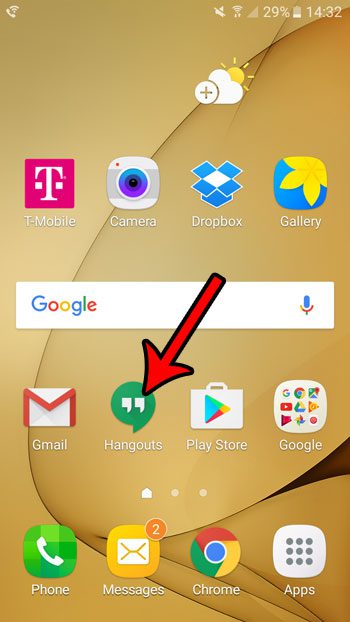 Step 2: Tap and hold on the app icon, then drag it to the trash can at the top of the screen. 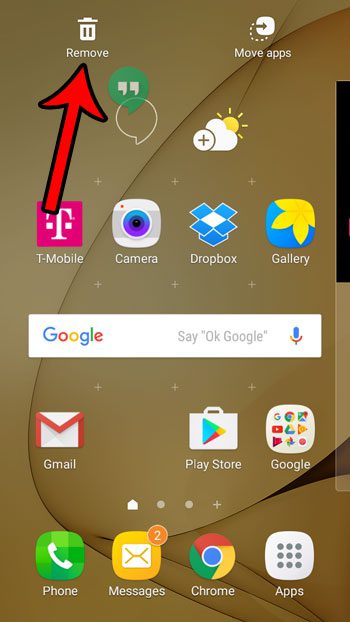 As mentioned in the article we linked to earlier, if you wish to uninstall the app you will need to open it in the app tray, then drag it to the Uninstall icon on that screen instead. 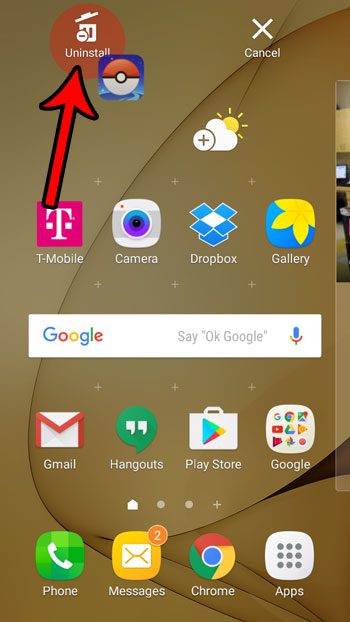 Is there a telemarketer or spammer that won’t stop calling your cell phone? Learn how to block a caller in Android Marshmallow so that you are no longer notified when they attempt to call your number.